For me, the 2009-10 Hunting Season is finished. The Hunting FY ends after Turkey Season is kaput. It’s time to analyze this past year and commence preparation for next. Besides, my energy levels are toast, and I’m ready to put ‘er in port for a while. The May Malaise – an awful affliction related to Mono that renders one totally fatigued and incapable of arising at the butt-crack of dawn for any reason – is in total control now. So let’s take a deep breath and gander back at the year that was. 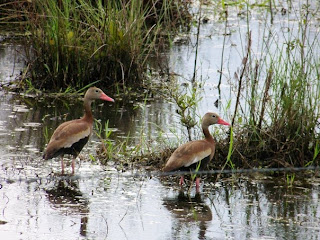 Gator Hunting, no doubt, was one of the most exciting times I’ve had. What a fun way to kick off a hunting season. A bunch of buddies in a boat, stalking the red eyes of Mr. Grins across Polk County lakes. Hooking into one of these bad boys is a thrill, and the teamwork required to put one in the boat safely is a huge part of the buzz . Neither of the gators we took on my tags will awe the serious lizard hunters, but for my inaugural season, it got no better. 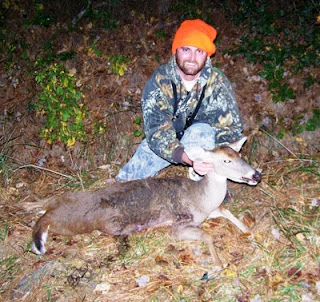 A day in North Carolina will live forever around the campfire as long as I'm alive to re-live it for everyone's pleasure. I’d taken a snooze in the stand to fight back a foggy head from the late night drive into town and awoke to two does standing in the dried out soybeans. Two shots, two kills. While on the phone telling Carolyn about it, another pair came running up the length of the field. Cracked a third, and, figuring I shouldn’t get too greedy, let the other one walk. All shots were over 200 yards and filled my freezer for the winter.

My first Georgia quail hunt won’t be withdrawn from the memory banks anytime soon, either. On a beautiful plantation with my soon-to-be-wife and in-laws, we had a fantastic shoot. The dogs worked hard as did the guides. It’ll be hard to let another December pass without a bobwhite extravaganza included. 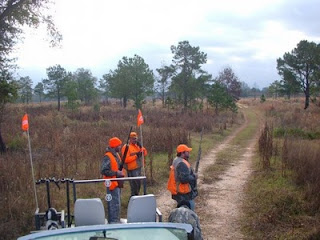 A few others – the annual Christmas hunt in Sarasota County. Close friends and a perfect stress reliever after the busy holidays. Hunting in Levy County with long-time hunting buddies. It’s always more of a steak and bourbon affair, but I did pop a couple hogs.

Missing the turkeys. You can surf back through my archives on this. And I still have another punishing tale to write once I muster the strength to do so.

Bow season. It was so blazing hot through September and October; the deer movement was about non-existent in Manatee County. On my last bowhunt in January on public land, it was the coldest day in the last 30 years in the Sunshine State.

Duck season was disappointing as well, but mostly from my lack of attendance. The few times I did make it out, the birds just didn’t cooperate. Friends still make these trips worth while.

Mother Nature proved, once again, what a fickle wench she can be. The extreme heat, the extreme cold. Just a weird weather year. The acorns didn’t fall until late, and the pollen in the Spring was intolerable. With the rain in between, some of the best-laid plans crumbled. 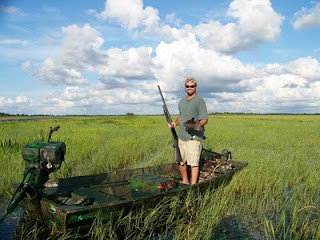 We went over gator and quail hunting. A trip to Lake Toho in September to shoot moorhen was fun – bet I can scrounge up some interest for a .410 tournament this next go-round. I scouted plenty of WMA’s I had not been on and look forward to hunting in the coming years.

The quota season is getting close. Applying for hunts at…oh, wait, I’m not saying! Potentially, this year’s deer season can stretch from July to February with careful planning. There’s talk of bowhunting the heat and lightning in the South Zone for velvet bucks this August. Gator hunting permits will go online soon. You can bet my name will be in that hat. There’s a fleet of coyotes on my lease that I’ll have to tangle with sometime soon, as well as herds of hogs that need thinning. Gonna try to plant a dove field. Will also forgo bowhunting during that week in September when the early duck season is open. North Carolina in November is a-go. And who knows what else, especially with turkey. The hope is a strong tonic against the malaise. 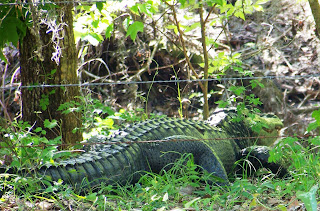 Finally, thanks to everyone who reads my nonsense on a regular basis or even stops by, tricked by a fancy headline. The Lakeland Ledger runs a feed through its site, and I apparently haven’t written anything too offensive to change that. Same with Central Florida Online helmed by Marialice Quinn, a big supporter and source of encouragement. Trying to get the Orlando Sentinel to run a feed - feel free to e-mail them on how you feel about this.

If any of ya’ll have any suggestions or tips to share about the site or hunting, holla. (And you can always subscribe by using the application on the right side of the page!)

Kinda weird chaptering the last nine months into such a short article, but rest assured, they were a fun nine months, regardless of how the hunts turned out.