The Other Hunting Seasons

Deer hunting has become such an industry it has blotted out the appeal of other outdoor pursuits. This is a shame, especially for outdoorspeople in Florida. By December a wide variety of hunting opportunities have opened. Some are as simple as lacing up a pair of boots and coursing the oak hammocks for squirrel or as tactic-driven as predator calling or fall turkey hunting.

So, I will just briefly peruse some of these other adventures that are hiding behind the sun.

It is not really fair to lump wild hogs in with the rest of this list. They are probably pursued harder in FL than deer. But, as I’ve written before, my favorite time to hunt hogs is in the winter months. Hogs can be found statewide and numerous outfitters offer the chance to harvest at least a meat hog at reasonable prices. 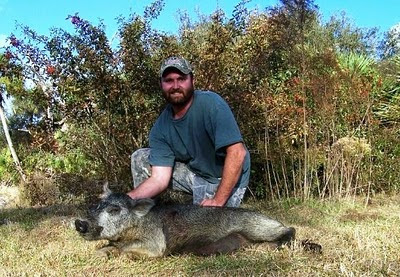 This year’s acorn crop has been wicked. Combined with the dry the swine have all but abandoned my feeders for the deeper reaches of the arid swamps, and I’m hearing the same thing from buddies around the state. Still, the acorns should be gone soon, and the hogs will have a nice layer of fat. Should be just ripe for the BBQ.

Predators
Florida’s coyote population is going bananas. It really is the perfect state for them to thrive with the temperate weather and buffet of small critters and crops to eat. Hunting them here is a real challenge. I’ve tried numerous times but the best I can rely on is luck. I think the important thing is to hunt them where they can be killed. Hunt them along fire breaks and palmetto flats where your call can be heard. Hunting in the swamps drowns out the rabbit squealer and if they do come out, it will be in your lap.

Calling in bobcats is just plain fun. Sometimes they charge in immediately, sometimes they sneak in after 30-40 minutes of calling, though the latter is far more common. Either way, it’s chilling. The crouch. Those yellow eyes. The flick of the tail. Even if you don’t care about pulling the trigger, it’s a wonderfully wild spectacle. 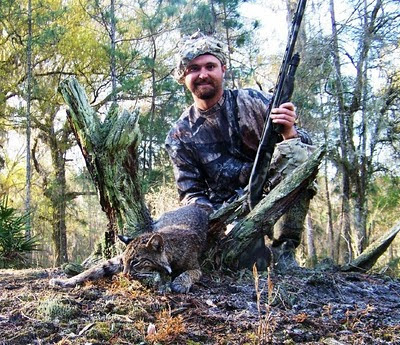 Call for the wildcats on the edges of ag fields and swamps, especially if there are irrigation ditches or firebreaks for them to travel down. Be patient, of all things. Dedicate an hour or so to a set up.

Fall Turkey
Yes, Florida offers a fall turkey season. On many WMA’s one’s best chance at a gobbler or hen will be bow season which has largely passed – again, though, check local regulations.

Private land is at the discretion of the landholders. Some people prefer to wait on spring to harvest turkey, others not so much. Only toms may be taken on private land. There are two ways to success. Hope one ambles by your tree stand or sit and call. 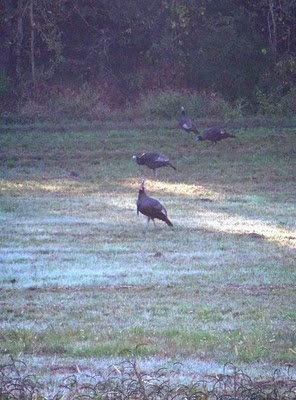 I’ve been lucky with the stand situation, but it has been many years since I’ve tagged one in such a fashion. It’s been even longer since I’ve tried fall calling. It’s a slow process of calling softly and remaining seated. Gobblers flock up this time of year and seek out the thicker swamps. It's tough.

My lease is in Zone B and the fall turkey season runs through the end of January. I’ll be making a concerted effort at a tom this year. Chances at doing this are few and far between.

Small Game
I personally enjoy squirrel hunting. My Ruger 10/22 loves to dance with bushytails in January and February.

Same with rabbits. We do a rabbit hunt every December in Sarasota County. We glass down bush fencerows in the evenings with a 17 HMR. Good fun.

Most WMA’s have small game seasons. This is the time I usually visit WMA’s to scout for deer and turkey. Might as well tote a .22 with you and have some fun while you’re at it.

It has been years since I have taken a quail in FL. I’m not even sure where to go anymore. There are plenty of hunting preserves across the state. Duette Park in Manatee County has a thriving population and offers small game hunts. That would be my best advice. Outside of that, check with local biologists at your local WMA and give it a shot! 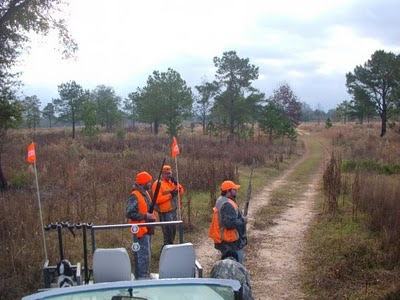 Winter gets to be a busy time here in Florida what with all the holidays and stuff. This is true for hunting season, too. I haven’t even touched some of the other possibilities today – waterfowl, snipe, dove, crows, furbearers, etc. It’s an exciting time.