It wasn’t Argentina, but this weekend’s Opening dove hunt was what I’ve always loved about a dove hunt. We shot some birds. We shot at some birds. Travis grilled venison burgers and sausage before the shoot. Some guys shot bows; others looked through trail camera pictures and swapped hunting stories.

Around 4 the shooting began in earnest. Over the previous few months, we’d watched birds pile in and out of our small plot. Now, these residential dove flew towards the millet in groups of three and four, circling the field as the field artillery banged away to shouts of “Bird, Bird!!”

I maintained by shotgun ineptitude. A few dove died on accident, though, and I am excited to grill a few in the coming days. We agreed to allow the plot to rest until the start of the second phase. No doubt it will see hunting pressure then as, hopefully, migratory birds find the field.

But with so many other outdoor things going on in November and the Summer’s Anticipation quenched, it won’t be the same experience as the Opener. 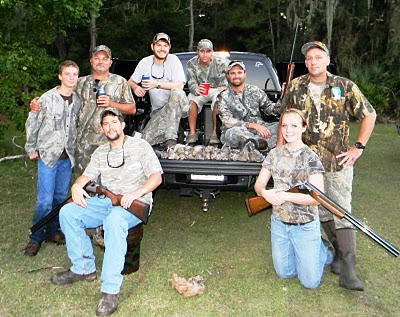