The Fear of Flying and More Montana Pictures

When people tell me flying is safer than driving, I generally assume they think I am stupid or drive to work in a Miata. It’s a ludicrous notion. A several ton machine carrying a tankful of high octane jet fuel and ill-mannered children, speeding along at a brisk 600 MPH 36,000 feet over places where I know no one. Yeah, sounds safe to me. 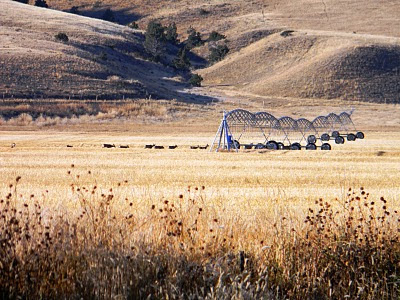 I am terrified of flying. Palm-sweating, convinced I will die at any second terror. For years, I have rambled about this ad nauseum to anyone who’ll listen. Always have been scared. Never had a bad experience, minus the one time my parents had to literally peel my fingernails off a jetway ramp at Tampa International when I was 8 to load me on an Ohio-bound aircraft.

It’s really a control thing; namely, I am not in control. Next, I have no understanding how it all works but am all too familiar with the lurid news reports when one has a crash “landing.” True, I don’t have a great idea how the lights turn on in my house either, so I guess I shouldn’t get too worked up.

But I do. My trip to Montana. To begin, let me apologize to anyone flying from Orlando to Denver by way of United a couple Wednesdays ago. It was the airline’s fault they sold me those little bottles two at a time. Apparently there were kids aboard that may have broadened their vocabulary. I was cut off again on the flight into Bozeman, but at least I had reached that magical point where I was staring at the lights on Final Approach like a child entranced by a Fourth of July sparkler. I also spilled one drink on each flight directly on my crotch making it look like I’d had a pair of Uh-Oh’s. 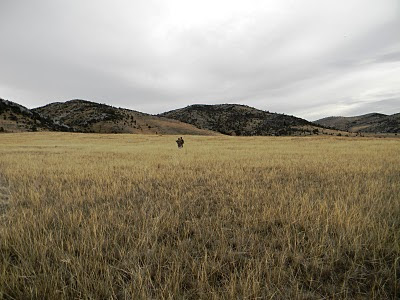 We landed safely on all flights, as you may have deducted already. To my dismay, our return flight from Bozeman to Minneapolis to Orlando was re-routed due to some unspoken delay, thank you, Delta. We had to go from Bozeman to Salt Lake City to Atlanta to Orlando adding an extra death-defying takeoff/land routine to my travels.

The flight to Utah was awful in that Sardine Can they packed us in. I could feel the anxiety rising to my face and fought back the tears and urge to yell up and down the aisles demanding they pull over and let me out. The air marshal would have loved that.

Salt Lake to Atlanta wasn’t too bad other than the fact we were landing in Atlanta. Those of you who have been there will agree with me, this airport was designed by sadists. I’d describe it further but was too distracted by the sobering realization I'd split the butt part of my jeans and half-mooned God knows how many innocent weary-eyed frequent fliers in at least two different time zones.

By the Orlando flight, I was too dehydrated from sweating to care about my fate. The entire trip back I said the Lord’s Prayer approximately 2,513 times and contemplated for a few hours what song they should play at my funeral or wherever they’d dump some ceremonial ash for me. I settled on The Long Road by Pearl Jam, for no particular reason.

Every bump and pocket of air was certain doom. I was scared to shift my weight for fear of tipping us over. These aren’t the thoughts of a rational human.

3. The stewardess from Bozeman had a thick French accent. Just a little HR advice – if you are going to bother with the pre-flight safety procedure, please do it with someone we can understand. Due to my inebriation during the first flights, I had no idea what to do in the event of a water landing until we were about to depart for Atlanta. Not that this mattered because the Mississippi was about the largest body of water on this journey. Doomed.

2. From Atlanta to Orlando, Travis showed every stranger he could pictures of his soon-to-be one year old girl. Have you not seen any war movies? Do you not know how this works? Don’t go saying lines like you can’t wait to see your wife and child when in potentially lethal situations. You'll curse us all. Doomed.

1. In a similar vein, though much more potent, before we landed in Atlanta, the captain came over the intercom to wish one of the stewards good luck after 42 years of service and asked we all clap for him. Switch “war movie” from the above scenario with “cop movie.” Doesn’t anyone watch cut-rate cinema where a detective is just a few days from retirement but has to go on one last case. Guess what always happens to him. That's right. Doomed. 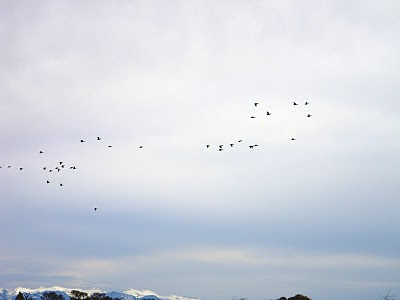 Even worse than feeling like The Day Has Come for every drop of turbulence, is panicking others. From Salt Lake, this nice gentleman took the time to talk baseball, guns and hunting with me. He could tell I was nervous. Then he – and I don’t know what psychological trigger sparks this in others when I tell them I am scared of flying – told me about his worst flying stories. Thanks. Jack, please!

One poor sap on the last leg of the trip told me he had flown all the way from Toronto to see the final space shuttle launch. Fully understanding that NASA cancels these launches like a picky old man sends steaks back at restaurants, I did wish him luck, not wanting to endanger my own. (They ended up canceling, too.) I told him it was just as reasonable excuse to travel as was duck hunting.

Back on terra firma, I am happy I survived the odds. It had been ten years since my last flight. Doubt it will be another ten. Montana is too gorgeous not to return, and there’s much more to see out there on this Ol' Blue Planet.

Next time I’ll just be tranquilized and tossed in the cargo hold.

No kids should hear me curse from there. 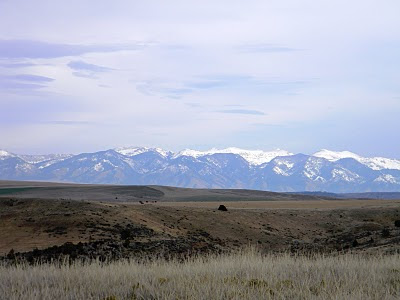 Side-splitting Ian! Your best yet if you ask me, LMAO! (I hate flying too but maybe not as much as you!) Ha!

I'm glad my brush with death was entertaining.

You and me, Hot LZ in anything that flys! It'll be awesome!!!

If I can be door-gunner, I am there. Maybe that's what I need to help my flying phobia - a belt fed machine gun.