TWL Classics - Into the Wild

About a month ago, I watched Into the Wild. It’s the story of a young man, Christopher McCandless – well-played by Emile Hirsch – who graduates from Emory University, donates all his money to charity and ditches the life and family he’d known to explore the country. His wanderings lead him into the Alaskan wilderness where he resides in an abandoned bus until his death (no spoiler alert here – you figure it out fast). Based on a true story, the movie tells the tale of a man disturbed by the cruelty and novelty of mankind and drawn by the romance and freedom of the outdoors, with little thought about its own unique cruelty. 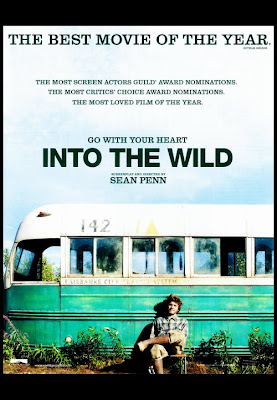 Simply as a movie, Director Sean Penn does a fine job moving through the tale in spite of the overabundance of cinematography where the character stands on the edge of a mountain wide-armed as the camera circles around him. Magnificent footage, but we get it - he feels free. Seemed every five minutes had a scene like this. And even though we know McCandless is doomed, the film captures hope and exploration. Pearl Jam’s legendary Eddie Vedder scores a soundtrack that’d be perfect for a lonely road trip. The acting is superb from Hirsch to Hal Holbrook and Vince Vaughn, and the under-appreciated Catherine Keener. Vaughn brings his usual flair and attitude, while Holbrook’s scenes, which earned him a Best Supporting Actor Oscar nomination, are enough to threaten the toughest man with tears.

As a hunter I like to examine how the sport is portrayed in a movie. With Jeremiah Johnson representing a “10” and the quail hunting scene in Wedding Crashers being a “0”, we’ll give this movie a 7 for no other reason than it always seemed like he’d be shooting through a tangle of bushes and twigs. In one scene, he kills a moose but is unable to salvage the meat before the blowflies ruin it. There's a fair amount of despair as a result. The whole scene underscores this young man's failure to understand the laws of nature before they took hold of him.

As the story is told, coming from an abusive upper-middle class family, McCandless distrusted other people and the material gifts offered in lieu of love. Throughout his pilgrimage, those he met fell for his intelligence and spirit, but he’s never capable of fully reciprocating, crippled by his own upbringing and hell-bent on discovering himself or some paradise existing outside human bonds.

The real tragedy is he learns the fallacy of this thinking too late. Near the end, alone in his bus as he realizes his destiny, McCandless scratches out a final reflection in his journal.

“Happiness only real when shared."

I’ve pondered this movie a great deal - about how I don’t understand the kid’s motives and inability to let someone care for you. I grew up in a supporting family and probably take that for granted. I’m a social butterfly of the worst kind, and although I’m the outdoors type and threaten to wander into the wilderness forever after a bad day with work or Central Florida traffic, the fact is I’m not going anywhere too far from family, friends and a cold beer.

His final thought, though, is what I’ve dwelled upon the most. I do appreciate the feeling of getting away from it all. I enjoy the solitary nature of the deer stand as a time to decompress with only personal thoughts. Even still, my most memorable hunts are those in which others participated. Calling in a turkey with another hunter as the trigger-man will always excite me more than shooting a gobbler solo. Duck blinds are the outdoors equivalent of a fraternity house. And how about stalking a herd of pigs with a couple other guns flanking you, sneaking into range and shooting on the count of three?

One can’t forget camp. The fire. The good-natured teasing. If I hadn’t grown up in this atmosphere I promise I would not be as big into hunting as I am today. This past year I spent a few lonely days in Georgia. No one to talk to. No sports. The deer weren’t moving. By the end of Day 3, I was tempted to take an empty bourbon bottle, write a help note to pop inside and chunk it out into the cut cotton field in hopes it’d drift to someone who wouldn’t mind saving me by dropping in to swap a few stories. That’s how badly my mind disintegrates when left to my own devices. I won’t do it again.

That’s just me. Plenty of hunters in the heartland have no trouble going it alone. Good for them. Each person should derive their own pleasure from what they do. I kind of admire McCandless for being able to retreat into oblivion, although I simply reject the notion of cutting all ties with family. I can’t call his experience courageous or foolhardy – just his decisions, I suppose.

Me? I’m retreating to Homosassa this weekend with close friends. I’m hoping to take some redfish out of the wild and into the cooler.
Posted by Ian Nance at 2/17/2010 02:37:00 PM

I have yet to see this particular movie, but I'm adding it to my Netflix account as we speak.

For the record, I would never make it living the lifestyle he chose either. I'm not a social butterfly, and I love alone time on stand and in the field, but, like you, I cherish family immensely.

I will never forget the look on my brother's face as I was running to his stand after shooting my first deer. Or the way we high-fived and celebrated after killing my first turkey last year.

Sharing the hunt with others is what it is really all about - and especially with family.