Six years ago, responding to an ad in the Lakeland Ledger, I hit pay-dirt. Hunt club in SW Georgia needed new members. 2500 acres, lots of deer and turkey. I called the guys, asked a few questions and sent them the money, sight unseen. I got extremely lucky.

The hunt club folded the next year as the timber property that owned the land sold it. But, some of the guys I met proved to be excellent hunters, and better, easy people to get along with. They invited me onto another lease that I hunted another four seasons, collecting my best two bucks and a smattering of other game. Better still, I learned a ton about deer hunting from these guys. 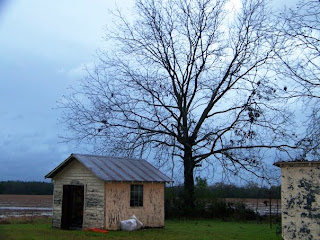 Year 3 was tough, though. A couple of the originals moved on, and we needed some warm bodies in order to afford the lease. The newbies were nice enough, but there were some serious personality conflicts, to say nothing of a gap in hunting experience and methods.

Case in point, Georgia law says you can run corn feeders on your property, but must hunt 200 yards away and without a view of the feeder. Of course, we did use corn to attract deer to the lease. These guys did not want feeders at all, in the off chance they might happen to wander within 200 yards of corn at the same time a game officer would be in the area – the odds of this occurring was miniscule, especially when the gates were locked and one lawman was spread throughout four counties. They were rock-steady in their objections, and one meeting with them turned hostile. We eventually conceded – well, some of us did – and went about the season.

That wasn’t the only issue that tested my patience. All of us who had hunted this land used tree stands, placed them early in the season, and they didn’t move until January. The deer in these parts were extremely spooky and the less movement and human interference, the better. The new guys came and placed their stands in the middle of the rut and moved them constantly. When they failed to see deer from the stand, they wandered throughout the property. The results were predictable. A couple of them shot yearling does and jumped deer and hogs without getting a shot. As a result, by early December the lease was a ghost town.

By season’s end, I was frustrated and angry. The Others moved along to a different lease and that was that. Again, they weren’t horrible people; it’s just important to see eye to eye, or at least compromise, with others when you invest in a lease.

Lease and hunt club memberships should become available in the coming months. Here are a few tips to help you if you decide to fork out the cash.

1. Game Selection – My biggest irritation with the lease in Georgia was not being allowed to hunt turkey, which was very disappointing. I stayed on the lease because I enjoyed the company of the other hunters in camp, plus there was a legitimate chance of a Boone & Crockett buck walking out any minute. Also, I had a great wood duck hole that I hunted close to the end of season, and if I felt spunky enough, I could hunt coyote year-round. Turkey notwithstanding, the hunting opportunity return on my dollar was pretty high. If all you care about is deer, fine. But if you like some variety, ask fellow lease-members if they do any other kinds of hunting on the property, and whether it would be a problem if you did. 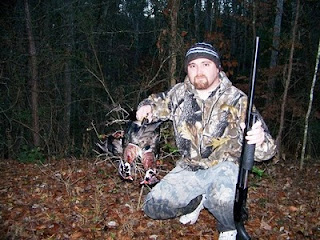 2. Doe Management – Seemingly everyone is moving towards some version of Quality Deer Management (QDM), and doe harvest is a key component of this practice. Georgia allows a hunter to take 10 does a year, which would’ve been excessive on our property. My first year in the club, we tried to establish a reasonable limit per person on does, with weight requirements and fines for shooting button bucks. No one was happy. I wanted a higher limit – which in hindsight was dumb because I only took one anyhow. One guy popped a button buck and balked at having to pay a fine because it was almost dark, and everyone’s made this mistake before, excuse, excuse. Think about this when you sign up; you’re more likely to have a chance at capping a few does than a huge buck anyhow. 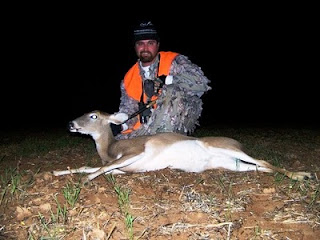 3. Antler Restrictions – Speaking of QDM, this could be the biggest sticking point with lease and club members. The whole point of our original club was to let young deer walk, and I let a couple really nice bucks slip on by - ones that’d been deader than fried chicken in Florida - to achieve this goal. But that’s what I wanted. One guy in camp shot a young 8 with a spread that was close to, but not quite, the 15-inch minimum, or whatever we had established. He hadn’t shot many deer, and I didn’t want to take away his joy by imposing a fine, but those were the rules; let one person break them and it’s all over. If you decide to join a lease these days, you better know for certain whether or not you can live under such guidelines. I fully realize it’s hard to plop down cold hard-earned cash, hunt days on end without seeing anything only to let a nice deer that is so close to meeting the qualifications just walk away. Trust me, I do. 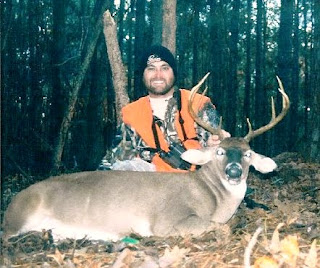 4. Food Plots – I didn’t start deer hunting to become a farmer. I personally don’t deal much with food plots. Don’t plan on it. Some guys on our lease did. Some enjoy planting community plots, and I don’t mind pitching in a few dollars for this. I know some properties require members to visit the land during the summer to work on brush clearing, planting food plots, and other such chores. Personally, I’m not spending any more on gas than I must for trips to till the land. I know adding food plots provides the deer with supplemental nutrition, contributes to antler growth, and makes for an easy stand location, but financially, my choices have always boiled down to either spending the money raising peas or spending the money to hunt without them. Easy for me.

5. Other Hunters – As I opened with, I got extremely lucky just tossing money at someone I’d never met, to hunt land I’d never seen. But, I didn’t do it completely stupid. I spoke with a couple different members of the club, asked about the land and game and expectations. This painted a fairly clear picture of who I’d be dealing with. None the less, it had the potential to be the worst blind date of all time. (As it turned out, I was the rube - a majority of the people very experienced hunters.) Still, it’s tough to judge personalities over the phone, and in that original group of fifteen, a couple guys rubbed others wrong. I’m easygoing to a fault at times and get along with most everyone. But in a hunting camp, you often have the issue of “I’ve spent my money, I can do what I want,” or “you’re hunting too close to me or walking around too much,” and just other alpha male nonsense that ruins the levity. Running with the wrong crowd will kill your season in a hurry. My advice is, get to know the other hunters in advance of paying the money – this is probably more important than seeing the land.

My experience with leases and clubs has been roundly successful. Due to financial concerns, I’ve been off that Georgia property for over year, though I missed it like the dickens this past fall. I got everything out of it I could’ve possibly wanted: big deer, new friends, and an escape in the fall. Sleep is hard when I think of it.

If you decide to join a lease or hunt club this spring or summer, make sure you do your due diligence - I got lucky this once. Not banking on that happening again
Posted by Ian Nance at 2/09/2010 05:13:00 PM