Behind me, I heard the dry leaves of the cypress swamp Corn Flake as the deer approached at a trot. It was coming fast. Though the weather was clear and beautiful all weekend with temperatures in the 40’s, after 12 hours perched in the stand with nothing to report, action couldn’t come fast enough.

I glanced over my right shoulder and finally saw the large-bodied buck. His antlers, tall and tobacco-stained in color, curved straight forward like lances. Points, I cannot say. It was too thick for a shot, at least with a bow. 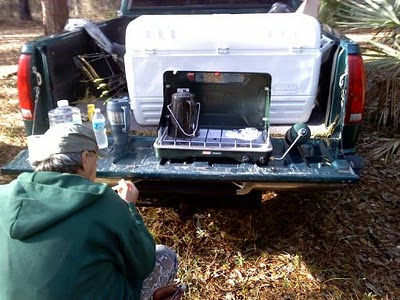 He paused briefly then resumed his pace into the Thickness of Central Florida. I grunted on the Knight & Hale a couple times, but I knew Mr. Deer was history. He was the only buck I have seen in Florida all season.

I was satisfied. So be it. Save an unexpected invite somewhere, that was probably my last chance for the year. At least it ended on somewhat of a high note. Seeing a Swamp Buck is always a thrill.

But something felt askew. Why was he running? I thought at first he may be chasing a doe that slipped past unseen. January and February is Rut Time in this part of the state. Heck, it’s the reason I applied for the bowhunt here. Usually, though, when on the tail of a skirt, bucks will be nose-to-the-ground. This guy was heads-up and high-stepping. He was spooked.

Maybe another hunter pushed him. This was public land, after all. The evening before a gentleman and a portly young fellow crashed my set-up. Heard them coming - sounded like a herd of elephants walking down the trail. People don't realize how loud they can truly be. The pair politely moved along, but I knew they probably lurked close.

Another thought was more pervasive, however. Dad was hunting the northwest side of the cypress head, maybe 200 yards away straight line. And he’s had all the luck with seeing game lately. Problem is, I’m not sure he could kill a deer with an arrow if it had heat-seeking capabilities and a thermo-nuclear broadhead.

Had to check the texts.

“I just missed my buck.”

Sigh. The night before, he said he let a nice buck slip under his stand and couldn’t find an ethical shot in the remaining light. Nothing more frustrating than when you aren’t seeing anything and having to endure kith and kin bemoan their lost opportunities. It’s like, put me in the game, Coach! 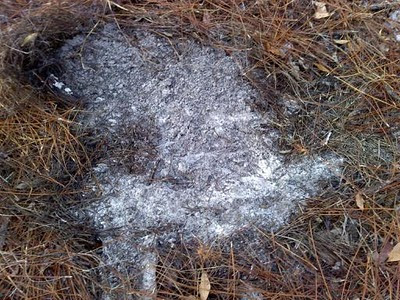 Upper Hillsborough WMA is a few thousand acres in Pasco County. They offer only a few hunts a year, all by quota drawing and all primitive. The rut, as I said earlier, is late winter. On this hunt, I was finding fresh rubs and scrapes, sign that’s gone long cold in southern regions of the state. (Actually, the picture of the rub in the header of this blog was taken here last year.)

I’ve only hunted Upper Hills a few times; I get the sense there is not a ton of deer. The land is comprised of cypress bottoms interspersed with pine and palmetto flats and sand scrub. It is pretty land but without much in the way of nutrition, not all that conducive to a large population. (I’m also guessing a Cracker Season has been in effect in this area a long time, further suppressing numbers.)

This is not to say there aren’t a few nice ones. One person this year tagged a 198lb. nine. Not too shabby for these parts. As I said, Dad has had all the luck, but it correlates to the scouting he had done. The eastern end of the property can be reached only by bike and the trails open during game seasons are closed the rest of the year. You’ll need your hiking boots and a two-wheeler if you plan on advance recon.

This has been a strange year in Florida. A biologist buddy of mine reports harvest numbers are down across the region. It’s the way things go.

Next year I’m following Dad into the woods, clubbing him over the head, and hunting his stand. 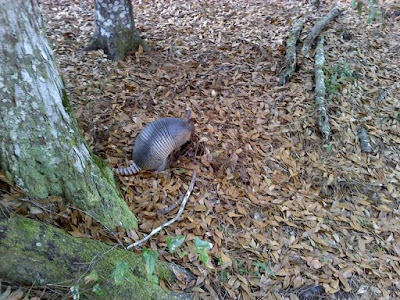 Well that's a bummer but I like next years plan. I think it will work but you'll have to be super sneaky so he doesn't get suspicious on the way in, lol!

Well, deer hunting is all about strategy. Gotta think outside the box!

Clubbing your Dad? I mean seriously... Roofies would be better...

I will take that under consideration.