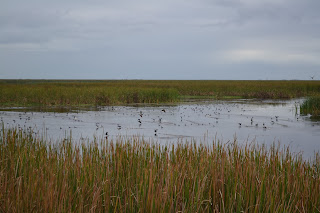 The last time I roasted a duck, I stuffed the cavity of a mottled with apples and celery and onions, seasoned the skin, and basted it with melted butter every ten minutes or so. Turned out pretty tasty, as I recall.

72 hours later, I was in having my appendix removed.

Now, I don’t think there was any real correlation between the two. I actually believe the Grilled Chicken Sandwich I had the night prior to surgery at the local sports bar may have done me in. Or maybe it's because one night I slept on my stomach funny, who knows? It’s one of those chum markers of life – roast duck and appendectomy in the same week. Sticks with the brain.

That was in 2003. Why have I gone 9 years without tossing another bird in the oven other than the thin threat of internal surgery? Well, I didn’t really start duck hunting with any level of seriousness until a couple years ago, so supply was limited. When I did splash a few, I donated the corpses to others to cook (and clean). And the ones I did hold onto were typically woodies that ended up in breakfast sandwiches or pan-fried.

Last week a buddy arrived at the house with an assortment of packaged ducks for an intended cook-out. He was called to leave and left the ducks with me to do as I pleased. Well, he had an assortment of teal and pintail and mallards. I took one of the larger bone-in breasts and thought, “What the Hell?”

I cleaned the remainder of the feathers and detritus from the meat, patted dry and sprinkled with Old Bay Seasoning and Garlic Salt. After this, I wrapped the duck in bacon to keep it from drying out and to add flavor. I placed the bird on a roasting rack in pan filled with a 1/4-inch of water and set the oven for 350 degrees.

The duck roasted for 50 minutes as the kitchen filled with that wonderful bacon aroma. I pulled the pan out of the oven and let it cool for ten minutes before carving the meat from the breast. I’m leery of over-cooking duck and was a little concerned I had – but it turned out just on the shy side of medium. Better, though, it was tender, almost enough so a fork could cut it.

Wild duck breast is typically going to possess a stronger taste than other gamebirds, but this was certainly not gamey – which says more to how it was handled in the field than anything. Duck lends itself to a variety of dipping sauces. I rinsed the bites of breast through sriracha and various BBQ sauces. Sticky Fingers Smokehouse Carolina Classic was my favorite.

Obviously, I have a small sample size to work from, and you’re welcome to take this with a grain of salt, but this should work with your larger ducks, mallards, pintails, whistlers, etc. If you have any roast duck recipes, please share; this was pretty easy and I was pleased with the results.

I have my first ever duck in the freezer we're going to cook up. I'll take these notes with me. JGR

Mr. Nance, sounds like you had a little food aversion following that night you spent in the hospital. Glad to see you got that squared away. Nothing bacon, garlic salt, and old bay can't fix. Those flying steaks sure are delicious, can't wait to put one in the oven now. Counting down the days.

Because I am French, I simmer seasoned duck parts in oil until fully tenderized, this is not frying, it’s a low simmer. The duck parts are then cooled down and refrigerated in this oil. When you want to eat the duck parts, you crisp these up in an oven before serving. This is process is called Confit.

Because I am French, I simmer seasoned duck parts in oil until fully tenderized, this is not frying, it’s a low simmer. The duck parts are then cooled down and refrigerated in this oil. When you want to eat the duck parts, you crisp these up in an oven before serving. This is process is called Confit.

I don’t have any recipes for a coot that got left in a decoy bag for a week….

Ahhh, that sounds delicious. Gonna give that a try. As for the coot, just sounds like you aged him - trick of the pros