I’m like the Dickey Simpkins of the Online Deer Hunting Tournament junket.

You don’t know who Dickey Simpkins is?

Well, he’s a three-time NBA champion from the Jordan-Pippen Chicago Bulls dynasty of the ‘90’s. He may not have contributed much on the court, but I’m sure he delivered plenty of enthusiasm and support for his superstar teammates.

Before the start of deer season I entered the 2010 Whitetail Contest at USAHuntingPros.com. My team – well, the team I was a part of – the Annihilation Squad won this year’s tourney. I would like to tell you my entry, a North Carolina doe, pushed my team to victory, but this just wasn’t the case. My teammates swept up, and we won in convincing fashion. Man, these guys whack big bucks.

First though, let me tell you about USAHuntingPros.com. It is one of my favorite hunting websites. The forum is rife with information from users on just about any hunting subject from predators to waterfowl to finding sheds in the winter. It is comprehensive, and the members willingly offer advice and congratulations for each others’ hunts without the hostility and pretension common to other hunting forums. They make you feel welcome.

Despite the entirety of hunting prowess here, what these folks really know is big whitetails. A fair number of members call the Midwest home. Their deer knowledge for hunting this particular region of the country is impressive as are their photos of harvested whitetails.

Below are a couple giant bucks taken by my team members. 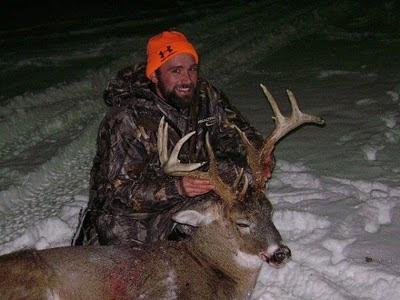 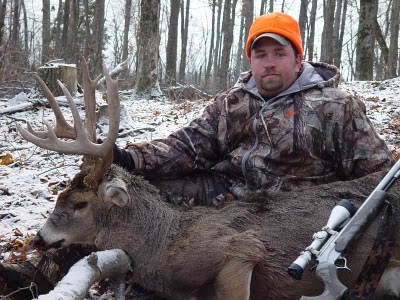 I was a bit apprehensive entering the tournament since the Southern Deer I hunt rarely compare to these giants, but the team carried me through it in a near rout. I have already signed up for the 2011 Turkey Contest – the playing field will be a little more even.

I strongly encourage you to visit USAHuntingPros.com. If you’re into forums, sign up and enjoy the company. Otherwise, peruse the photos and expertise of some of the finest hunters I’ve had the privilege to interact with.
Posted by Ian Nance at 2/07/2011 04:55:00 PM

Congrats on your win! This looks like a pretty cool thing. I'm going to check out the turkey season contest.