I get the occasional e-mail and see it all the time on blog trackers. Someone asks or Googles, “When do hogs rut in Florida?” 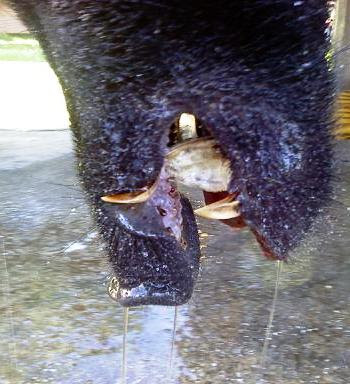 The answer is they breed year-round, and a rut - as you would think of deer - does not appear to exist. Sows come in and out of heat throughout the year and boars take advantage. I dare say you may notice an abundance of larger boars with sows in the Spring, but this is usually the result of the sudden arrival of fresh food in the open after a winter of rooting and scrapping out what they can find.

Also, sows have been known to have up to three litters a year, though two is more likely, and once is the most common-place.

In full disclosure, I have read some reports that hogs do have peak breeding cycles in northern states, usually occurring in the late winter and early summer; however, it’s not the same as the deer rut and probably not the surest way of bagging that trophy boar.
Posted by Ian Nance at 8/09/2010 03:13:00 PM