Wow, we officially have one of the weirdest deer seasons in the nation. With careful planning, one could hunt Florida – and the rut in Florida – from July to February.

Not all WMA’s are up to speed carving out their schedules and budgets to align with these new seasons, so I caution you to check the FWC website for individual WMA rules.

I just wanted to present a brief rundown of the new zones and what the hunting there is like. It won’t be perfect, I can promise, because the state is comprised of a wide variety of unique ecosystems and habitats, to speak nothing of the varied rut dates.

Zone A is the old-school South Zone, but the dates have been changed dramatically. The rut in the area is as haywire as can be. In Sarasota County, the rut tends to fall in mid-October. Around Immokalee, it can be as early as August. Indeed, a few Novembers ago I harvested a doe here that was very much pregnant, sadly. In Big Cypress, depending on who you talk to, deer breed anywhere from July to September. 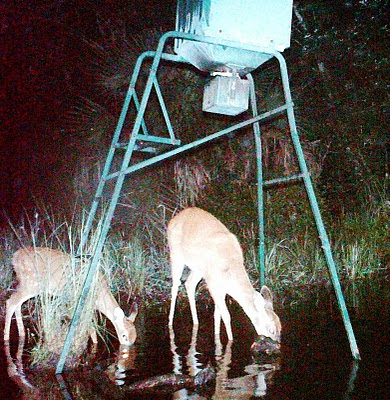 Much of the land down here is private, though Big Cypress, Holey Land, and Fisheating Creek are popular WMA’s. It’s wet, flat, and thick in these places. Swamp buggies, where allowed, are popular modes of conveyance.

Generally speaking, the bucks don’t grow especially large in body or antler, though plenty of Local Legends are pulled from the woods each year. Despite this, these areas provide unique hunting experiences. It’s wild. Florida black bears and panthers are found in force here, as well as serpents of varying and increasing varieties. Wild hogs are plentiful, as well. A fine buck from this area is a trophy worth celebrating, and a Big Congrats to those hunters who fight these elements and the heat to bring one to the check station.

The creation of Zone B probably had as much to do with the season realignment as any other influence. The rut typically falls in January or early February. Last year at Upper Hillsborough, the rut was cranking up in mid-January. Hunting private land near the Green Swamp a decade ago, bucks were starting their pre-rut after Christmas. And turkey hunting near Polk City two years ago, I watched a spike run does ragged in April. Go figure. 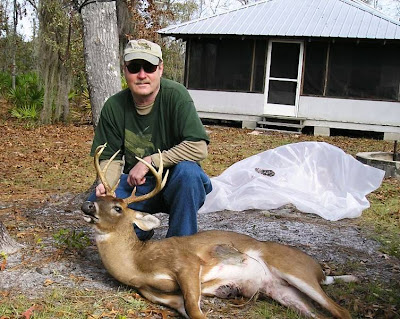 The Green Swamp and Richloam are the big draws in this region. Both grow big deer, but hunter pressure is often exhausting. These areas are thick with cypress swamps and palmetto flats. Also within this zone is a fair amount of scrub habitat and private ranches with cow pastures and citrus groves that offer a change of pace, if granted access. The zone is narrow, for sure, but represents the FWC listening to public input to place a large number of hunters in the woods during peak rut times.

One can expect some nice deer coming from this area, and with the change of the deer seasons, I expect bigger ones will be in the magazines before too long. James Stovall took that super non-typical in Green Swamp West back in 1999. The largest deer I have seen in Florida was feeding alongside 471 that runs through the Green Swamp - a huge 10pt. In the Swamp, hunters have a variety of strategies. Some hunt the creek bottoms and thick lowlands; others claim hanging a stand high in the pines of a palmetto flat is the way to score.

Want me to generalize about this zone? Heck, no! This region represents more than half the state and ecosystems of all sorts. We have scrub and coastal habitats, agriculture and river systems. You’ll find the majority of hunting leases and clubs in this area – and decent chances to tag a nice buck. 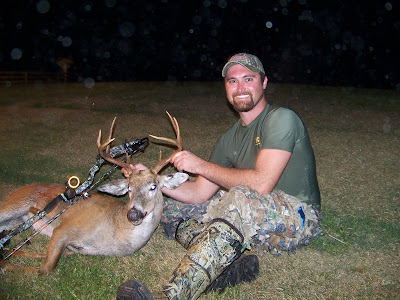 Chassahowitzka, Guana River, Half Moon, Jumper Creek, Arbuckle, and Three Lakes amongst others, are well-known WMA’s. Chassahowitzka and Three Lakes host dog hunts and are large pieces of property. Dog hunting is very popular along the Nature Coast from Hernando County up through the Steinhatchee area. Levy County is loaded with game of all varieties. Towards Mayo and inshore, the deer population thins out, despite the amount of undeveloped land. Probably has something to do with the biblical swarms of mosquitos, and a Cracker Season. The Jax area has plenty of leases, and I get a text or two from friends each season of nice bucks harvested up there. SR-60 from the Polk County line through Yeehaw Junction out to Vero, has a ton of deer – and private ranches, many of which are quite pricey to hunt. Alachua, Clay, Gilchrist, and Putnam counties are also known for super bucks.

Much of this land I have not hunted. I spent years hunting Manatee and Hardee Counties and can attest to the size of the bucks that can be grown here - nothing that'll make the Midwest deer hunter weepy, but big enough to excite most hunters. Unfortunately, a lot of it is locked up by phosphate companies – tragic given the amount of game there. Levy County is one of my favorite places to hunt. The deer don’t grow exceptionally large, but there are lots of them, and the place is wild. Chazz is similar, though hunting pressure is high and the deer respond so – still, someone pulled a 200+ pound buck from there last year, according to a few rumors.

Before we start, know I have zero experience in this range. But, I do know they harvest, generally, the biggest bucks in the state from this area. Not surprising since it is essentially Southern Georgia and Alabama. Leases and public land are available. Late season muzzleloader hunts have long been popular and available. Pushing aside my Central Zone bias, this area, too, could be the reason for the season shifts.

The rut dates fall in line with those of SW Georgia and Eastern Alabama the closer one approaches these states. The prime time across this zone ranges from October through February.

With little urban development, this section of the state harbors a great deal of agriculture, and thus, deer. Each year, hunters take 130-150 class bucks with greater regularity than the rest of Florida. I do wish I knew more about Zone D beyond what I read in Woods & Water. The hunting seems top-notch; the wind just has not blown me that way. Yet.

I, again, encourage you read the individual WMA’s regs for your area. Florida is blessed with an abundance of public land, and I have not taken the time to read ALL of the brochures. If nothing else, this can serve as a guide towards how the season will shift in the future. For all the abuse the FWC takes, I do believe they have done their best interpreting public input and translating that into hunter-friendly zones. It is not perfect; with all the variance in rut dates, it won’t be, but the FWC has done an admirable job adjusting to accommodate deer management and hunter happiness.

A local guy,
following me,
and I didn't know about it?

What's this world coming to?

Ian, glad to make your acquaintance! Found you through The Main Outdoorsman.

Great post with good info on the local scene, I'll be following your blog far more closely from now on!

Albert, appreciate you stopping by! And if anyone reading this has not visited The Rasch Outdoor Chronicles, I suggest you do!!!

I love your blog.. very nice colors & theme. Did you design this website yourself or did you hire someone to do it for you?
Plz answer back as I'm looking to create my own blog and would like to find out where u got this from. cheers
Here is my site :: Hunting Guides