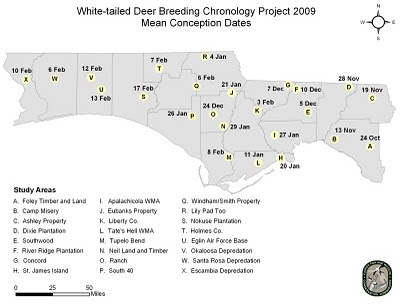 Deer season is winding down in the Sunshine State. The South Zone closed two weeks ago, and the Central Zone calls it quits the 24th. Only the lucky nuts in the Northwest Zone can keep after whitetail. The General Gun season there ends February 17th but a blackpowder season picks up on the 18th and runs until the 28th.

Be prepared for some major changes next year. The FWC, in an attempt to put hunters in the field during peak rut times, has completely altered deer seasons throughout the state. Archery season in the current South Zone would begin July 31st. A new area, Zone B, which includes a majority of Polk and Pasco counties, would start general gun season December 4th and end February 20th due to the late rut in this region of the state. So, the traditional seasons of Florida’s deer hunting are about to be history unless something drastic occurs. 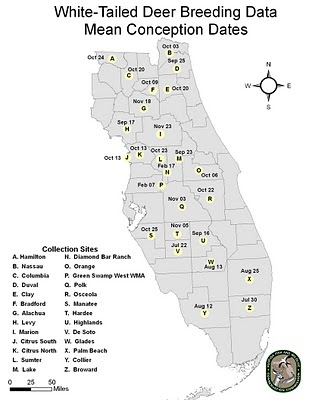 Until then, there are still plenty of hunting opportunities. A number of WMA’s sport small game seasons. Whether you want to plug some bushytails or call predators, the chances are available. Hogs are plentiful and fun to hunt this time of the year. Load up your shotgun with buckshot on WMA’s (where allowed) and pop some prime pork.

You can also take this time to scout for the upcoming turkey season. Identify likely roost trees, or just get to know your way around the woods better. Scouting now for deer is also productive as you can discover old rub lines, sheds, and trails. Doing so in February will earn you a leg up when going to hang stands later in the year.

For those of you not quite ready to give up the ghost on this season, concentrate on finding that buck near food sources. Scrub oaks should be dropping acorns. The bucks don’t move a whole lot so it takes some precise planning, but they are still there!
Posted by Ian Nance at 1/21/2010 09:41:00 AM