I had an exciting muzzleloader hunt at Duette Park in Manatee County on Saturday. The weather was fantastic; it was prime rut time, and the game moving. Saw 11 hogs and 3 deer – two does and a button buck. Not too shabby. Since these weren’t legal deer, no shots. The buck quota was met that day, so hunting was out Sunday. It’s hard to do bucks – especially trophy bucks - in a day.

This has vanished. Quoth Adele, who’d probably never guess in a million years her lyrics would be cited in a deer hunting post, “There’s a fire starting my heart, reaching a fever pitch and it’s bringing me out the dark.”

The antler rule at Duette is four-points or better. I would have whacked a 40-pounder with forked horns that fit between my thumb and forefinger given the chance – which was my last to do such a thing since the next several hunts I’m on have pretty severe antler rules.

Well, whether I can tag this season or not, I’m fairly impressed by the work of some campmates. Gonna have to largely live vicariously until these babies ease up and I can put the effort and hours in to finding Mr. Gnarly Head. Or maybe I’ll get lucky. None of these will make serious Midwest whitetail devotees swoon, but they are fine representations of the areas these guys hunt.

Mike busted this 9-point Scrub Buck at his camp near Cedar Key on Saturday with the wind blowing 20mph. I want – really, really want – one of these bucks for the wall. They do not grow enormous in body or antler, but these deer are so handsome with their deep sienna coats and Colgate White throat patches. I took a young 8-point there three years back, but he didn’t whiff trophy standards. Mike has killed bigger, but this is a nice representative buck. 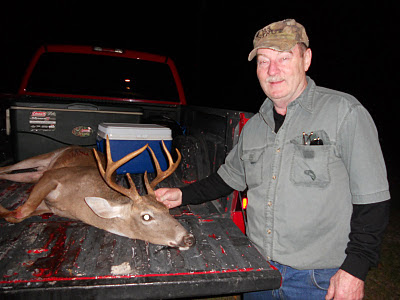 Dirty J plowed this buck two weekends ago on his place near the Outer Banks, NC. Dirty is not one who typically trophy hunts – no spikes are safe around him. But he has the propensity for finding a nice buck or two no matter where he hunts. This is an excellent coastal buck, and, again, there’s a spot on the wall reserved for a North Carolina buck. I have taxidermy problems. 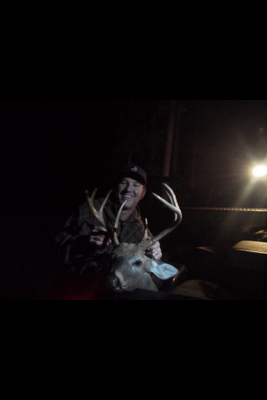 Finally, my boy Trace arrowed this wonderful Florida buck at the start of October on private land near Orlando. The buck speaks for himself. And it’s none too surprising. Trace is a Natural Born Killer. 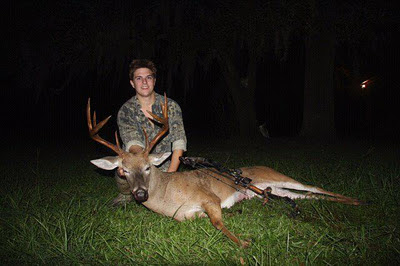 All these guys do a tremendous amount of hunting. And that’s really the lesson to learn regarding shooting nice bucks. Time in the woods. A little private land never hurts, either.