This is a popular query I receive: How can I gain permission to hunt private land in the South?

In a word – money. But, there are other ways, too.

A buddy of mine from Maine was aghast to discover I lease property. He wasn’t unsettled at the concept of me trying to buy deer like the Yankees buy ballplayers or that the money I have spent on such things treads in irresponsible waters. It was more that I exist in this situation. To hear him tell it, in Maine you can drive out to the Boonies, park your truck on the side of the road and march out into the Wilderness, provided the land wasn’t posted, which little of it in his area was. He hunted moose and whitetail before moving to Florida and found land access restrictive, not to mention our moose population largely a figment of Jack Daniel's imagination. 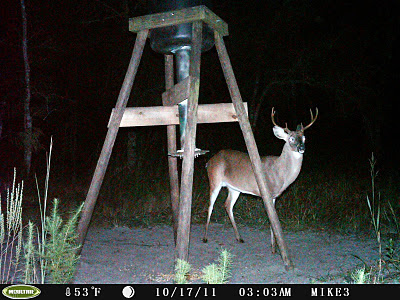 Heck, I couldn’t believe to learn in Montana last year you could do just about the same thing on un-posted land. With the proper license in your pocket and a desire for bleeding feet and burning lungs, one can just traipse off into the mountains for a wide variety of big game. It’s still amazing to me stories I read about approaching farmers in the Midwest and elsewhere about hunting the Back Forty. Knock on the door of the Ol’ Family Farm with an offer to help with the harvest seemed to be the ticket for wonderful whitetails.

It’s a sweeping generalization, but not without its truths, that the culture of private property is different in the South. Whether it's xenophobia or an intense protective nature of privacy, it's downright difficult for Willy off the Turnpike to go door-to-door seeking hunting rights here.

Florida is particularly difficult. Add the once-rapid suburbanization and associated property values with the commodity of Osceolas and the fact large tracts of private land are held by huge corporations, and chances at free land are scarce. Because of the demand, leases here cost more than equivalent lands in Georgia and South Carolina. By far. Things ease up as you move up that way which is why – not from a perceived lack of game non-resident hunters assume about the Sunshine State – Florida hunters travel in droves up I-75 and I-95 each year to chase deer. And by the time you get there, the value of QDM managed land increases to the point that a lease is about inevitable. There are fewer whitetail dummies these days. If a dollar can be made, assure yourself it will.

Before we go too much further, I’d be remiss if I didn’t say Florida, Georgia and other Southern states offer a lot of public land. If I desired, I could leave my house now – and I do - and choose from several hundred thousands of acres to hunt in a shorter time than it’d take to get to the Peach State. But, a lot of it is heavily pressured. The hunting is difficult in the swamps and palmettos, and quota hunts, while they are great resources, are one-shot deals, none too conducive to planning a hunting season around. Without question, bagging game is easier on private lands. 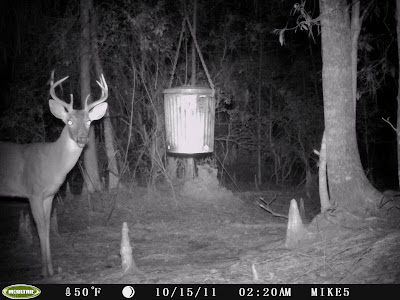 Now, I don’t want to go spiraling away from the subject of this post. If you are counting on hunting private land, search and find a lease (read my post about that here). The ones I’ve been on were ultimately enjoyable, and I’ve met some great hunters along the way. And that networking has opened doors for me.

But I digress. It’s not totally hopeless to locate a few open gates that'll lead to fine hunting without draining the bank. Knowing where to start and how to approach folks about hunting their property are the biggest keys. In Florida, though they sit on a gazillion acres of game-rich property, phosphate giant Mosaic and anything with Ben Hill Griffin’s name on it probably won’t get you far. The former doesn’t care much for hunting and potential lawsuits, while the latter limits their property to only family, friends, and guests. The thing to do is search small and work from there.

My boy PJ has the right idea. He checks with real estate agents for hunting lands. Back during the housing boom, these companies locked up land with the idea of development. Now that that has pooped the bed, they are still sitting on this land. Many probably have cattle or other agricultural ventures for Greenbelt exemptions, but this doesn’t mean they won’t consider offers on such things. To date, he’s not gotten any free access, but he’s built relationships and good leads on properties to lease. One day, he’s gonna bring in a big buck that he paid little to nothing to bag.

Other options to try are small agricultural holdings. I’m thinking orange groves here in Florida, but any soybean or peanut farmer with 100 acres who doesn’t have the time to control hogs and does may lend an open ear. You’ll face stiff competition from other erstwhile hunters to find these properties, but the key is to network and create contacts.

And I keep using the word free, which isn’t exactly true. As Mattie Ross says in True Grit, “There is nothing free, except the grace of God.”

You’re going to have to put something in, be it help mowing pastures or irrigation work or branding cows or some other chore. If you assume otherwise, you’re sunk before you’ve left port. At least offer help. I’m leaving Saturday for North Carolina for a week of deer hunting “free” land. I’m hosted by lifelong friends, but much of the property we’ll hunt has been obtained through courteous contact. I don’t miss the chance to help out with whatever menial job may be proposed, even if it means skipping an afternoon on the stand. We also make sure to toss in cash for the cost of corn and hospitality. I like hunting there.

Obtaining access will take work and expect disappointment if you start from scratch. That’s how it goes. As I said, the culture is different here and the demand for land is high.

I can tell you how NOT to go about things. One, clean yourself and your truck up. If I were to have land and Homeboy showed up in his 4X4 with dog boxes and a bumper sticker that read “Hog Hunters Do It In The Brush” I’ll probably call the cops. Think about that, seriously. The South is known for its rednecks, but that sorta thing won’t garner positive attention. 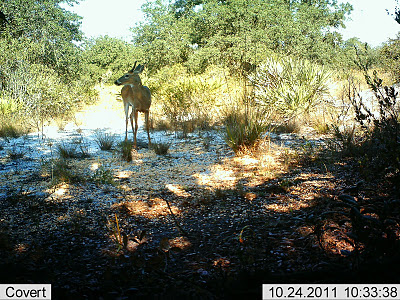 Next, don’t just hear that someone has land and offer to throw up stands, corn feeders, and food plots and profess yourself Boss Buck Slayer. If that land is not hunted already, odds are the owner couldn’t care less about your hunting acumen or dreams thereof.

Which brings me - since we’re running long today - to one last thought. I was at a hunting program during the summer in full Mossy Oak regalia. This dude sat down and asked where I was from. When I told him I’m born and bred Florida, he immediately inquired how one finds access to private land in these parts. Before I had a chance to answer, he launched into his tirade. He said in his home state of New York (!) he had no trouble finding hunting land. He used to hunt somebody’s farm, killed lots of deer, blah, blah, blah. He vociferously lectured me – in the stereotypical New York smug and arrogant way of speaking to others – of how much better it is up there, what he’d do different, and basically how things are stupid here. His buddy was even rolling his eyes and clearly embarrassed. It’s not that he didn’t possibly have a point, but after listening to him rant without getting a word in edgewise, I'm confident in the knowledge this guy won’t be setting foot on any private lands here for free any time soon. Not unless he’s pushed out of an airplane and plummets onto it. 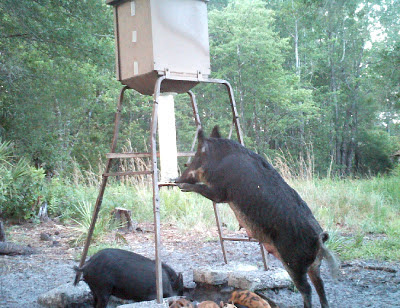 I can’t give advice on how an individual manages their interpersonal relationships. But this is what it takes to develop trust. Consider what you’re proposing when you step up to a person’s doorstep. You’re asking a stranger to allow you on their lands with a firearm or weapon to shoot animals. Be well-composed and polite. In a litigious society in this reserved part of the country, it requires stones to do this. Southern Hospitality extends only so far.

But, nothing ventured, nothing gained, and there’s excellent hunting opportunity throughout the South that'll make it worth the effort.

Being both a hunter and a landowner here in West Virginia, I've noticed that most folks don't want to put out any efort whatsoever to get permission. I've had a few guys say "let me know if you need any help" (which I never do) but in 30 years, I've NEVER had a guy just show up and say, "what can I help you with TODAY?" As for me, I'd quit hunting before I paid to hunt.

I don't have anything against paying a landowner for the privilege of hunting on his property. I do object to selling exclusive hunting leases to the highest bidder. Around here, it's done like cash rent farming, so much per acre and can run ti thousands of dollars. I can't afford that.

I can appreciate the feeling about not wanting to pay the money - not about quitting hunting, though. It's a reality here. For better or worse.

Ian, you'll have to remind the Yankees that FL is the original cattle state in the US. There was a time when you could crack a whip and free-range spanish cattle would just come out of the woods and you could drive them to market. But, for the past 100 years our ranches have been fenced in, and so is most of FL's deer population- which is, ironically, a "public" resource.