I wouldn’t have made it as a farmer. Every food plot I’ve ever sowed withered and died from factors other than deer. The few times anyone has let me operate a tractor ended with the owner running up waving as I frantically pumped the clutch and Chitty-Chitty-Bang-Banged the disc through ditches, oaks, and stone. And I despise eating vegetables and can only assume they are conceived through evil design.

But I know mourning dove are big fans of farming, and if you love dove hunting, by extension, you love farming.

Mourning dove are probably this hemisphere’s favorite gamebird. They are hunted throughout the United States and down through Central and South America. Millions each year realize their destiny wrapped in bacon and slow-cooked over a wood fire. They flock and feed in agriculture fields throughout this great land, with hunters of all ages anticipating the Season Opener, usually the first hunt of the fall. 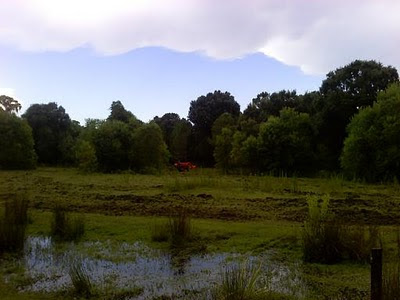 Florida is a little different. While our neighboring Southern Brethren kick off dove season Labor Day weekend, Sunshine Staters are forced to wait until the first weekend of October. By the time the northern birds cut their way through the peanut patches of Georgia, they’ve run the gauntlet through enough 7 ½ shot salvos to render them rather spooky. No bother, a dove field is a fun place once the work to get it growing is completed.

By federal law, if one plans to hunt dove over agricultural product, they must do so in a couple of ways. One, have access to property that is regularly farmed and harvested. Two, plan your own landscape of dove-friendly foods. Three, scatter corn and seed three days before season and way-lay them.

Ha! Gotcha on the last one – OK, probably not. Game officers and those running their budgets probably get as excited about dove season as hunters. Nary a season passes when I don’t hear of one group of hunters or another getting busted busting dove over scratch feed. It’s really not worth it, in my opinion. 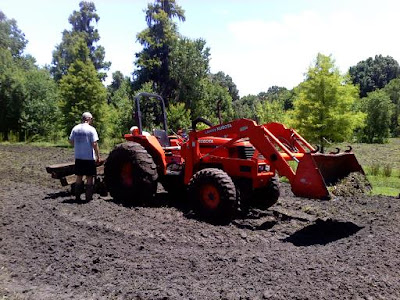 Generally speaking, Florida is a little lax in the agricultural fields department than states north of our border. You can have a right good hunt around orange groves, for sure. The FWC plants fields throughout the state that offer lucky hunters a chance at the birds, but we just don't have as many open areas rife with corn, soybean, peanuts, and other crops. As popular as this gamebird is, hunting them here presents accessibility issues.

Ten years ago I was involved with planting dove fields for the first time. We had access to mining property in Manatee County and planted three or four locations of 4-5 acre plots. The work was hot and long and never paid off. That summer the state experienced a pretty severe drought, crippling the millet early. This was followed by a July and August deluge that flooded the fields and rotted the sensitive browntop millet. We ended up having a phenomenal shoot over ragweed that fall, though, which saved our spirits.

Over the next couple of years I was invited to a friend’s field, and we made the most of it – the whole dove hunting experience, in fact. Barbecues, a lot of shooting, and suds afterwards. It was a grand experience that I highly recommend, if you get the invite.

Then for some reason over the following few years, the birds just quit. The millet looked good and the hunters were willing, but the shoot just never amounted to much. One more year of that, and the enthusiasm of planting fields went with the dove. I heard reports of decent shoots here and there on other lands, but for me that October Opener was quickly replaced with bowhunting and livelier game.

And it’s a shame, because I truly enjoy a dove hunt. When we secured our Polk County lease this winter, dove hunting was one of the first things discussed. There was certainly room, but where to get a tractor and fencing and time to do so? As the summer advanced, PJ grabbed the reigns of these issues.

Before we get much farther, I’ll be honest. About the most I contributed to this project was money for seed and beer for the workers. Non-Leasemember, but Soon-To-Be-Dove-Hunting-This-Fall Harris brought his tractor and spent the better part of two days mowing and discing. By the time I arrived on Saturday, most of the fencing had be finished, with only a gap left to get the Kubota in and out. Don’t let me fool you, I sweated plenty, but only because it was about 120 degrees outside. 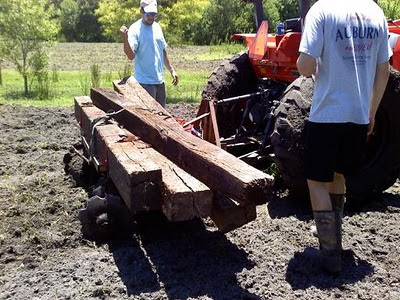 The plan was to plow about three acres and plant browntop and Japanese millet, with a couple rows apiece of sunflowers and corn. There was trouble with the borrowed disc not being heavy enough to sufficiently chew up the thick sod of the cow pasture. Several railroad ties strapped to the disc resolved this issue. In a couple of days, the area will be re-plowed and the seed distributed. Once this is done, the land will be leveled out, and we will pray for rain.

Doing the research later – why not before, I can’t tell you – I learned about the critical issues in planting a field (check the links after my rambling is concluded). One, it is suggested that planting days be staggered out to ensure hunts throughout the three phases of dove season. The browntop should be in high spots so water does not rot it (Japanese millet is more durable). The field needs to be fertilized then sprayed to prevent infestation from soldier or army worms, which, let me tell you the thought of creeps me out. I think that’s what they called those beasts in Tremors.

And, we’ll see how it shakes out. According to the literature, we are a little late in the game putting seed in the dirt, but it was still exciting admiring the freshly churned soil of Harris’ work. We envisioned decoys and Mojo dove doing their thing. A few Expert Voices cogitated on from where the dove will fly in to chow down. I’m enthused, but will sadly miss that Opening Day shoot. I’m sure I’ll get a chance in the following days and phases. 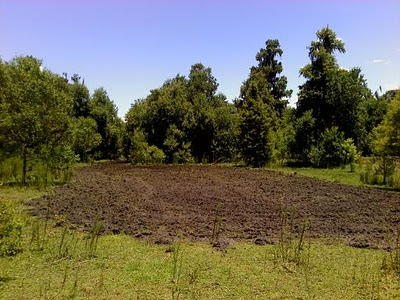 Hopefully the seed matures and dove will cover the field. If not, we’ll just spread some cracked corn around and be done with it.

Links from those more in the know than I.