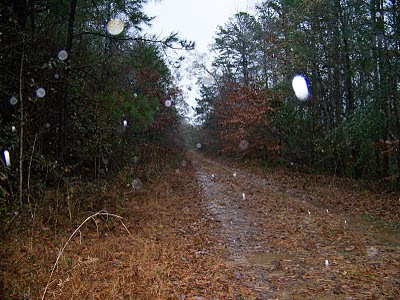 I laughed at ol’ Red Forman when he told Hyde in an episode of That 70’s Show that he watched the Weather Channel because, “It comforts me to know that there are people out there more miserable than me. Like those people in Buffalo...”

One, it’s a comment eerily reminiscent of something my own father would say. Two, I’ll confess to open schadenfreude while planted in front of the tube when the elements aren’t doing me any favors.

Case in point, a couple winters ago, cooped up for three days during a sin-driven storm not too far from Dothan, Alabama, I was getting my jollies any way I could. Deer hunting was out of the question in the gale force winds, lightning, and pouring rain. The Weather Channel and the poor folks of the Northeast buried under snow whittled through the hours.

“At least it’s not that bad here,” I kept thinking.

But just barely. I scanned the radar, waiting for the Local On The 8’s for signs of mercy. Finally, between squalls I sneaked down to the lease and busted some wood ducks, a welcome jolt of action between microwaving more Chef-Boy-R-Dee ravioli and cursing satellite imagery.

This week the FL humidity has given way to dry air, a blessed relief from the oppressive summer. This weekend – my opening archery trip – looks excellent, if not a little hot. But, I’ll still neurotically scan the weather websites for any change.

On average, the outdoors-person will study the weather closer than a typical civilian. Beyond hoping a long-scheduled trip won’t be ruined, many different variables affect game movement: moon phases, barometric pressure, humidity, wind, etc. Learning how each piece completes the whole hunting puzzle will stake a person to madness and has contributed to a sea of spilled ink in the hunting press.

I’ll probably wander down that road in the future, but for now I want to concentrate on the numerous resources at your disposal to help plan for and guide you through a successful hunt.

If you are a saltwater fisherman in Florida, you are probably well-versed in the monotone delivery of current conditions and forecasts by the National Weather Service provided by NOAA. I got my first weather radio – well, really, police scanner – when I was 15, and it still goes hunting when TV or Internet won’t be available (GASP!).

While sea conditions won’t be as important to the average deer hunter – that is until Global Warming totally takes over – these broadcasts provide a wealth of meteorological info.

The Post-It Note I taped on the back of my scanner with frequencies to favorite locations is still intact. Here are frequencies for weather broadcasts in your neck of the woods.

Well, we have the aforementioned Weather Channel. The one trouble with this station is it never seems to stay on what you want long enough, especially if there’s inclement weather in other regions of the country or a hurricane is spinning anywhere on the globe or Jupiter. Better is local news, but typically that’s on at 6 a.m., 6 p.m., or 11 p.m. Most hunters will be hunting or sleeping (or both!) during these times. Bay News 9 in Tampa is about the best I’ve run across and plays on a Sportscenter-like loop.

The choices on the World Wide Web can be intimidating. Access away from home is the real problem. Of course, you could subscribe to the go-anywhere Internet service they offer now; it won’t be long before that’s the standard anyhow. Most cellphones with Internet capabilities have excellent access to local weather radars and maps.

But if this is outside your budget or cell service is lacking, here’s another thought – visit the local library near where you hunt. Many of these Nerd Huts will allow guest passes for limited time on their computers. Here you can not only catch up with Facebook but take a gander at the weather as well. 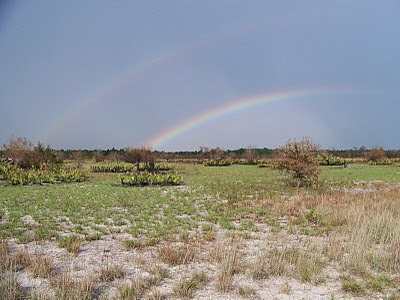 My favorite website, by far, is Intellicast. The resolution on their radar images leaves much to be desired, but you could type “Mayberry RFD” in their city search and it’d come back with a ten-day forecast. Also, moon phase, wind direction and speed, and other such information is available on the dashboard. A click away is local radar and satellite. I don’t plan a trip without visiting this site, and more often than not, it’s on a constant loop on the computer at home.

With a touch of luck, using these weather resources before or during your next hunting adventure should leave you less miserable than those people in Buffalo.
Posted by Ian Nance at 9/14/2010 08:03:00 PM

I am iPhone ignorant to this point. I'm on Verizon and their wireless mobile web keeps me company in the woods and works quite well. If anyone else has a suggestion, please let us know!!

We think you will find this application quite useful in the field as I developed it with Hunters in mind.

I've got a buddy that suggested the GPS Kit app. It archives Google maps so if you're deep in the woods with no signal, you can still navigate with it. It's $10 so it's pretty expensive for an iPhone app.

I was thinking about writing a post about taking your iPhone hunting for my blog. Do you think anyone would be interested in it?

Kevin, Thanks for sharing.

I've got part one of using the iPhone as deer hunting gear. This week's post is about accessories (see the link above). Next week I'll have another article about essential iPhone apps for deer hunting. As always, if you have any suggestions for improvement, let me know. Thanks!

And here's part 2 of hunting with the iPhone. Kevin, I've included a link to your weather app as well. I've still got even more iPhone apps that would be good for people to take hunting with them so I'll think I'll have a third installment next week. Please let me know what you think. Thanks!