Travis and I had arrived at STA 3/4 just before the 5 am mark when the ranger would start handing unused tags to the throngs of hopefuls lined up with their pickups and canoes at the gates. Since I had drawn a tag for the opening morning of Early Duck season, we were able to ride the VIP line past the huddled masses yearning to duck hunt. A young FWC officer took our information and thrust a map in my hand and asked which spot we would like to hunt. Not knowing anything about the property, I chose Spot 35 since it was the furthest from the majority of the crowds and had easy water access. I asked the female biologist present if there were any teal in the area. She said there were a few...plus ducks you can’t pop this time of year.

Probably noticing our lack of vessel, Lady Biologist warned that water levels were higher than in years gone by. But, we pressed on to Spot 35 gauging the advances of the thunderstorm towards the south. We had no clue what we were doing. We had no canoe, no kayak, no skiff, no kid’s floatie tube, nothing but our waders and determination to avoid being eaten by alligators.

Travis was the first in the waders, and we scoured the cattail-infested banks of the levee for an entrance into the water. T cautiously stepped a few feet into the reeds and began sinking up to his nipples.

“This ain’t gonna work. And I don’t want to be chewed on by a gator.”

I was adamant about staying. The STA’s are popular draws and well-known duck Meccas. I needed to know how things would shake out come daylight. This had turned into an advanced recon scouting trip. Travis agreed to wait out daylight. Official shooting time started 6:42, more than an hour-and-a-half away. We figured we’d just lean back and catch a snooze to fight back that 3:30 wake-up time.

Travis was well into snoring when I heard another truck pull into Spot 34 behind us. They banged and crashed about as the Sandman was about to waylay me. The last thing I heard them say was, “I wonder where these guys went, east or west?” And I fell asleep.

Located in western Palm Beach County and covering nearly 17,000 acres, STA 3/4 is the largest constructed wetland in the world. STA’s (Stormwater Treatment Areas) are manmade marshes designed to trap phosphorus and other excess nutrients from reaching the Everglades (click here for the details). Standing in the middle of the property, all you see for miles are aquatic grasses, cattails, hydrilla and various other plantlife. The avian population – to speak nothing of waterfowl – is quite amazing. Purple gallinules feed along the levees. Doves are everywhere, and raptors sit on perches lording over this unique part of the world. (And, yes, hundreds of gators!) 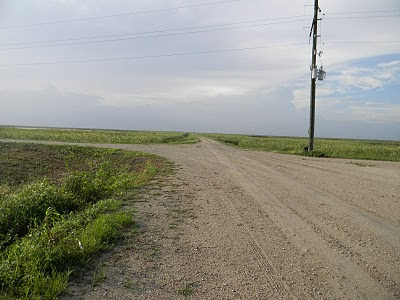 The hunting program is a co-op between FWC and the South Florida Water Management District. Tags are issued by a random drawing several weeks in advance of the start of the waterfowl seasons. To ensure this opportunity is maxed out, successful applicants must check in and pick their spots before 5 am or risk losing out to walk-in’s.

This was the first season I applied. I had never hunted Early Duck, and Travis and I already had designs to hunt Lake Okeechobee. When I found I was selected for the opening Saturday morning, we agreed to make the trip from Moore Haven then return to Lake O in the evening to fill out our bag or scout.

I did my research, of course. I knew we probably needed a water-based conveyance of some manner. No motors – trolling or otherwise – are allowed here, so Travis’ duck boat was out. I could not secure a canoe of any kind, plus I am typically too lazy to paddle, it is hot, and I figured the two of us could come up with something easier. I polled several veteran STA hunters who agreed, yes, a canoe is probably the best, but the water levels are so low that one could slog across it in a pair of waders.

And that plan was out. As mentioned at the beginning, Lady Biologist warned us of the high water, and it appeared we’d be returning home with nothing more than knowledge of the area - a learning experience, so to speak.

As shooting light neared and the thunderstorm that had been cracking lightning all morning long dissipated, T and I both awoke from our slumber and rolled down the windows. The crew who had come up behind us had clearly paddled across the east marsh leaving a visible trail through the hydrilla. The guys in front of us worked their canoe maybe fifty yards from their truck and were now walking in knee-deep water through the western marsh setting up decoys and settling in for the shoot.

I was concerned. I didn’t want to blow anyone’s hunt by gawking in the truck at passing birds; these boys to the west were pretty close. And cranking up and leaving would disturb the whole property as I’d have to drive back through it all. But Travis noticed something I didn’t – those guys were walking in knee-deep water. The toughest part is just getting through the layer of muck around the cattails; it gets shallower as you walk out.

Not convinced, I resigned myself to sitting in the truck for the next couple hours until my conscience would let us leave. Then we turned and saw the teal appearing out of the black, pouring by the dozens into the eastern marsh.

Travis and I were out of the Dodge in seconds, grabbing our shotguns and shells and scurrying to the bank and into the cattails like children running away from their parents towards the beach with their sandcastle buckets and shovels. He was right. The water along the edges was chest deep, but once you got through that, it only came up to the waist.

The shooting started soon after. The boys to the west shot first and the guys to the east fired a salvo that dumped a couple birds that buzzed them. Travis waded out to a finger of weeds, and I held tight in the reeds near the levee shore, eye open for moccassins or our new-found serpent, the python. Within moments, a pair of blue wings blew past T, and he dumped the first one, and I tagged the second. She would have skipped like a stone across the water had it not been for the hydrilla. Teal sure move fast. 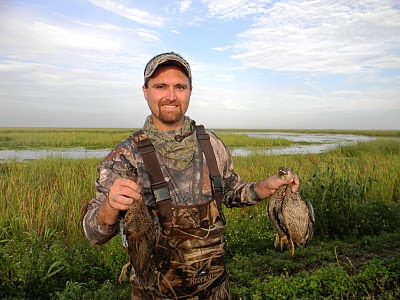 The morning slowed down, as it often does, but we could still hear the shooting around us that kept birds flying. One group to the south was slaying them. You’d hear shots, swing around to look and see little black dots fall from the sky. I had a single come from that direction, and he fell into the weeds behind me.

As the morning wore on, I understood the purpose of the canoes. Birds that were coming into range flared off at the cluster of trucks behind me. Also, we were in such a hurry we forgot the decoys in the truck. Three teal doesn’t sound like a whole lot for this effort, but I assure you it was, especially for how half-cocked it all went down. Watching the teal dip and dive, the mottled ducks quack their way by, and the whistling ducks flocked over in hordes...it was enough to fire up even the most casual waterfowl enthusiast.

Around 8:30, we made the call to return to the truck and head back to Lake O. At the check out station was Lady Biologist shoving cotton swabs up the rectums of teal the party in front of us had tagged - a strange activity for a Saturday morning. That crew had their limit. When it was our ducks’ turn for defilement, Lady Biologist explained she had to test for avian flu. I asked that she notify me if I am in sudden need of inoculation. 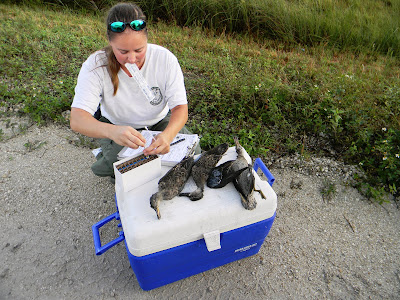 We reported what species of ducks we’d seen. She told us that the winter time is when it gets awesome. In addition to teal, other migratory ducks such as pintail, wigeon, and redheads are popular temporary residents. I may have to look into this.

A management area permit is needed. One member of our party who wasn’t me didn’t know this – and I forgot to tell him – and was mercifully let off with a warning since we were under our bag. 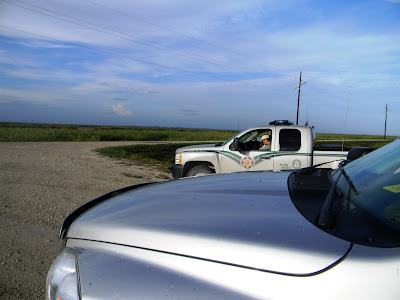 The law of the land requires you to pick up all shotgun shell cases. And they do check to see if you have them.

Arrive early if you have a tag. Arrive a lot earlier if you don’t.

Excellent read, Ian. During our early duck season (Iowa) we get to shoot all species, not just the blue-wing teal. Congrats on the success!

It's teal and wood ducks here during the early season with a total bag limit of four - no more than two can be woodies.

Thanks for stopping by!!!!

The canoe sounds like a must have, you southern boys are crazy....gator bait or python bait, sounds like an awesome hunt other than that!