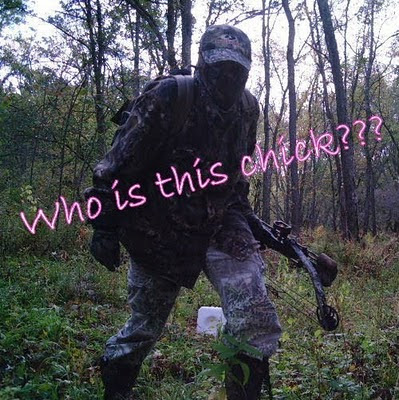 I asked talented writer and Huntress Extraordinaire, Kari Murray of I Don't Wear Pink Camo to the Woods, to supply an overview of the Wisconsin Deer Hunting Experience.

Personally, I enjoy learning about the hunting in different states. The whitetail is a fascinating critter, adaptable to a variety of environments and influences. I'm forever curious to observe how they are managed by local game departments and how hunters alter their methods to successfully fill a tag in their neck of the woods.

So thanks to Kari, and be be sure to check out her fantastic blog when you have a moment.

Known for big bucks, Wisconsin is often sought out by hunters in search of a trophy whitetail. It is listed as one of the top three states for overall entries in the Boone and Crocket record books, but it’s not all about the trophy animals. Each year around 700,000 deer hunters take to the woods, with over 470,000 tags being filled and around one billion dollars added to the state's economy.

Although most of the Wisconsin deer herd is thriving, Chronic Wasting Disease, or CWD, is a concern in the southern third of the state. The disease attacks the nervous system, leaving the animals unable to thrive and faced with certain death. The state’s Department of Natural Resources has a surveillance program in place and since 2002 has tested nearly 160,000 free-ranging deer, of which 1,353 have tested positive.

Archery season is open for hunting with a bow with a minimum draw weight of 30 pounds and arrows tipped with broad heads 7/8“ or greater, or a crossbow with a minimum draw weight of 100 pounds, working safety, and bolts 14“ or longer tipped with broad heads. Crossbows are only legal in Wisconsin for individuals over the age of 65, disabled persons, or persons who have obtained a special permit. Archery season starts mid September and continues until the beginning of January, with a break for the nine-day gun season.

Firearm season, or more commonly called gun season by residents, is a nine-day hunt towards the end of November. Weapons that can be used, some in restricted areas, are:
• Shotgun- 10, 12, 16, 20, and 28 gauge. A .410 bore shotgun is illegal.
• Rifle- .22 cal or larger
• Handgun- .22 cal or larger with a minimum barrel length of 5 ½” measured from the firing pin to the muzzle with the action closed

Bucks in the state are defined as a deer with at least one antler that is 3” long or longer in length. All other deer are considered antlerless. It is legal to shoot bucks still in velvet and spotted deer but the hunter needs to contact a warden within 7 days of tagging the deer to request written authorization to keep either the antlers or the hide. Albino or white deer may not be harvested without prior written authorization from the DNR except in CWD units. 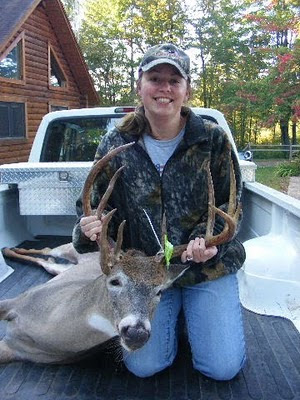 Baiting is legal in 44 of the 72 counties within the state. There is a two-gallon limit per 40 acres on parcels greater then 80 acres and parcels less than 80 acres are only allowed two gallons total. Baits must be placed at least 100 yards apart, even on public lands. The only exception to this rule is for private lands adjacent to each other, with baits on each, and cannot be distributed by timed or gravity feeders. Bait is any material that is placed or used to attract wild animals. Including but not limited to: scent materials, salt, minerals and grain. Water is not considered bait.

Styles for hunting whitetails are very similar throughout the state. The use of tree stands and ground blinds are most the popular with both bow and gun hunters, but the most popular way, and a long-standing tradition in Wisconsin is the group hunt or deer drive. It is only legal during the gun and muzzleloader seasons but during this time, you can shoot a deer to fill the unused tag of another hunter in your party as long as you are within sight or voice contact.

For more information on hunting in Wisconsin, visit the Wisconsin Department of Natural Resources online at http://dnr.wi.gov/org/land/wildlife/hunt/
Posted by Ian Nance at 9/13/2010 10:51:00 AM