Trail Camera on a Bad Stand

Trail cameras are neat tools. They are also sober judges of a stand's potential and can overrule a hunter's lofty expectations.

This stand was gonna be a gem. Situated on converging trails in a palmetto flat, it stands between a cow pasture and a wet-weather pond and additional cover. Seen a lot of game in the area. Should have been a homerun for deer and hogs.

Over the last year a few hunters have posted up here and, predictably, saw a few hogs. But we never got the sense it was all that productive. Enter the Covert Cam.

T placed it on August 16th, and we retrieved it October 12th. I literally could not wait to see the pics.

Annnnnnnddddddd, the air was let out of the tires. 1371 pictures - 3/4's of those of four raccoons that visited seemingly nonstop during this time. I may need to camp out here with my .17HMR. 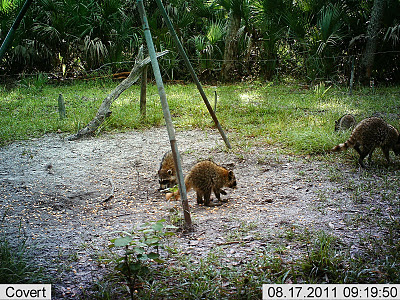 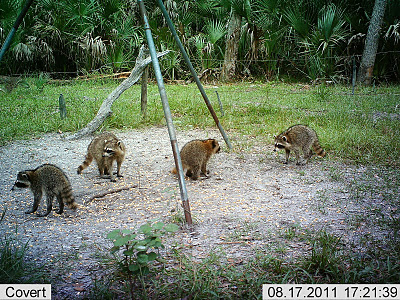 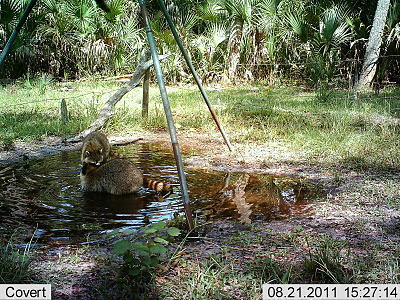 One young black boar showed up the day after the camera was flipped on. 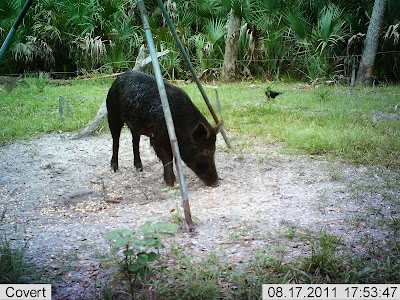 And a full month passed before another showed. Why, I cannot explain. I kid you not when I say this 9,000 acre ranch has THOUSANDS of hogs. And they're not shy around the feeders. Worse still, it was these same two boars that would return sporadically. 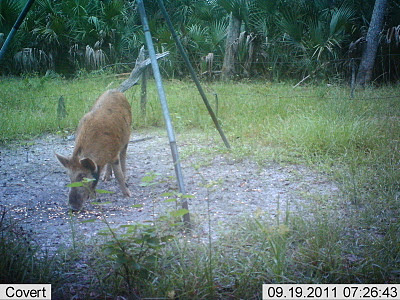 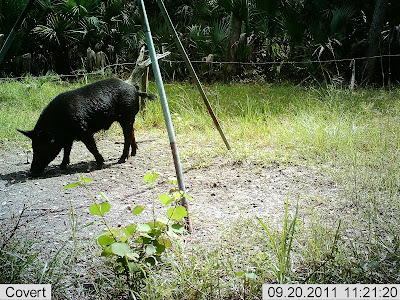 Corn will dial in the turkeys...but no gobblers. Again, very weird for the area. And no flocks of hens, just one or two at a time. 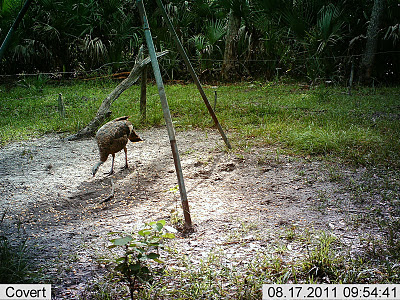 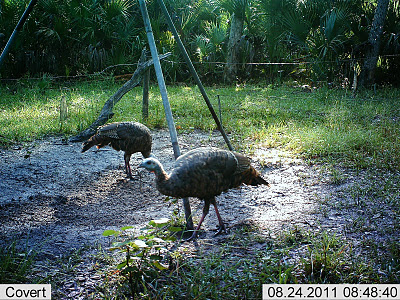 There were an assortment of dove, crow, and squirrel pics I'm sure you're disappointed I'm not sharing. But here's some bobwhite! 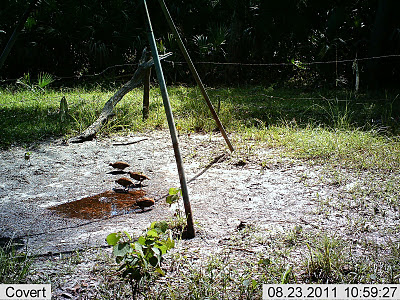 So this stand and feeder will have to be moved. Just goes to show that corn isn't a magic cure-all. Stand location is paramount to success. There are plenty more places on this Happy Hunting Ground where the animals will appreciate our efforts. Soon, this poor guy will have to cast a hopeful eye elsewhere. At $12 a bag, corn is a little too pricey to feed to him! 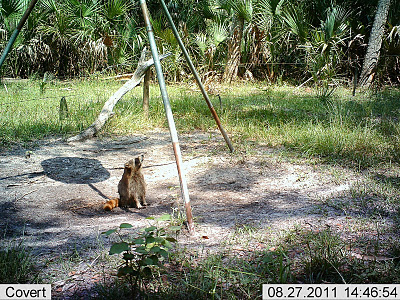 I hate that for you man! Sometimes what we think are the best of places just never work out. I'm sure you will find where you need to be!