Dove Hunting, Beyond the Usual 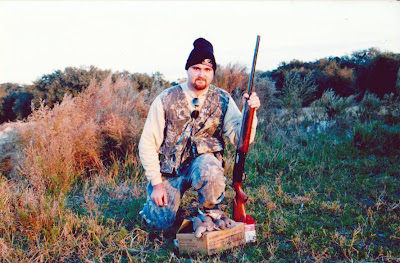 When it came to doling out dove hunting seasons, Florida got the Purple Nurple. While seemingly every other state in the Land of the Free is sanctioned to start whacking dove on or around Labor Day, the Sunshine State must wait a full whole month before the muzzle music can commence. I’m sure there exists a reasonable scientific explanation for this, but in this battle between Religion and Science, I am siding with Religion. I wish The Powers That Be would open Florida's dove season along with everyone else.

Dove hunting is the traditional kick-off to hunting season for most of the country. By the time it starts in Florida, bow season is underway; but a classic dove hunt in this state is the same as anywhere else, regardless of the calendar – BBQ’s and Fish Fries, friends, lots of shooting over cut millet fields, and SEC Football and celebratory libations afterwards.

That’s the usual practice, though. There’s still plenty of dove action – on public and private lands - that doesn’t necessarily instill the atmosphere of a fraternity party.

Once upon a time, Autumn Dove relied on Mother Nature to provide them with a meal as opposed to erstwhile hunters planting and cutting acres of millet or milo or sunflower. Even today, when plowed fields are unavailable, it is more than reasonable to expect periods of hot shoots if you discover what natural seeds and topography attract the birds.

I’ve written about it before, but many years back, my dad and I, with help from friends, spent the better part of June's weekends planting millet. It was the hard, sweaty work one would expect. The problem was the drought conditions over a good portion of the summer. When rain did finally fall, it was a deluge that effectively washed away our dust basins and malnourished plants. Lots of money was burned.

Well, we’d promised a dove hunt, and by God, we were going to have a dove hunt. Towards the middle of the property was a wasteland of thinning ragweed and dog fennel that had no real value for deer hunting. It’s the kind of mess that you’d hate if you had allergies or fears of small spiders. But the dove loved it.

Once Season arrived, with little work other than spreading out and sitting down on a spinning-top bucket chair, a dozen or so hunters way-laid the dove. To this day, it was my best shoot as we all filled our limits early. 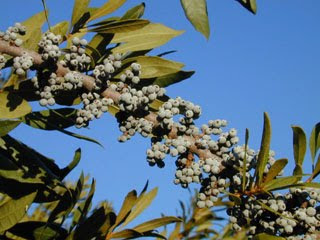 A few years later on a late season hunt in Immokalee, Travis and I gave midday jump-shooting dove a try. It is maddening, I’ll clue you. But, we discovered they hung around wax myrtles, feasting on the little black berries that stick to their branches. One person would stand guard while another went on a zig-zag through the myrtles spooking the birds into flight. I don’t think limits were met, but we collected enough to satisfy the open fire pit at camp.

I’ve hunted fields of cut dog fennel with varying degrees of success – any cut pasture, really, will open up seeds for dove. Sandy creek banks or cattle ponds where the shores are clear are fine ambushes. Dove collect small stones in their gullets to help crush seeds, and they concentrate in washes with sandy substrate to collect these items. Plus, dove prefer to gulp water before calling it an evening. These places should be clear of shoreline vegetation and tall grass as dove are nervous little birds and prefer to keep a clear eye on the horizon.

As you can imagine, I don’t exactly spend a great deal of time scouting such places. They have just kind of happened over the years. However, if you don’t have access to a planted dove field this fall, you will probably be able to bag a few birds seeking them out in similar areas.