The Economics of Acorns on Deer Hunting

Acorns dictate deer movement in autumn. Even as the pre-rut and rut starts, does will be seeking acorns while bucks will be seeking does. They are a deer’s comfort food. When the mast is heavy, deer habitually abandon other crops, food plots and feeders. They love acorns that much. When the harvest is low – you’d better find what they are feeding on and quick. It’s all very frustrating, and when combined with vagaries of weather, hunting pressure, moon phases - well, it just makes you more thankful when you’ve succeeded in taking a nice buck.

I hit a wall the last two years hunting Florida. The oak hammock I bowhunted in Manatee County was devoid of deer activity, and I now believe the variances in the acorn crop to be the reason. While the hunts were disappointments, they have proved excellent case studies on boom and bust years for acorns.

Once upon a time, this particular strip of woods was a haven for game movement. Three nice bucks were harvested in consecutive years, and many more spikes and young deer passed through unharmed. Does and hogs were expected to be seen during each sit. They’d wander out of the swamp to feed on the water oak acorns in the evening before meandering into a palmetto flat for the night. The mornings were the reverse. It was essentially a buffet between rest and play. During these years, one could reasonably describe the acorn crop as normal.

The last two years? Something happened. The deer more or less vanished. Sure, there were tracks, and Dad did kill a young piebald in 2009 from my stand, but by and large this honeyhole lost its sweetness. I could run through the whole history of hunting excuses, but I find final fault in the weird acorn drops during these times.

Let’s start with 2009. It was hot - very hot - during September and October. But beyond this, the water oaks had very few acorns on the branches. Still, I believed the area would still hold deer thanks to the abundance of browse and intersection of trails. History was on my side, I thought. 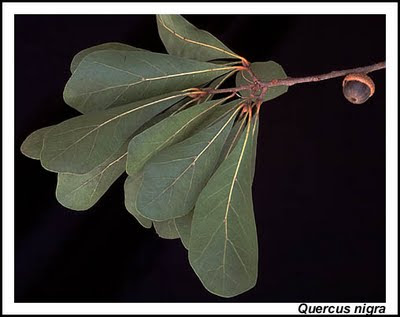 In six hunts and dozens of hours in the stand, I saw one doe with a pair of yearlings who fed on shrubs and grasses. Occasionally I’d hear a splash of a large animal in the creek, but it could have easily been hogs. The only buck rubs I discovered were from the previous year. The deer had shifted out during hunting hours - as did the swine and turkey – and it took me too long to realize this. I had no plan to overcome it.

2010 was the exact opposite – except for my failure to identify an alternate location to set up. September and October were unseasonably cool – not cold, but with low enough humidity, Florida would call it cool. Acorns of all varieties fell early and kept falling through the hunts. They plunked in the creek at a constant rate. Honestly, I can’t recall a bumper crop quite like it, though 2007 came real close.

Once more, I had a single run-in with deer over six hunts – two does that fed under my stand until they were spooked by a gobbler. I convinced myself that since I was rolling over acorns like marbles on the way to the stand, eventually they’d come out to catch an arrow.

Both seasons were described by the local biologists as off years. The game harvest was dramatically down and staff reported fewer daytime sightings of deer. So it wasn’t just me suffering. I will atone to the fact that I didn’t do enough to make these successful years – had no tricks up my sleeve, no contingency plans, no ace in the hole. I placed one stand based on past experience fully expecting to cart more venison out of that hammock.

So what should I have done? This is all conjecture since there’s no way to go back in time to correct my mistakes and enforce my hypotheses. But it was a learning experience when I started researching acorns and deer movement. Several theories correlate with my woes.

Let’s start with the economics of the acorn crop. When they are plentiful, deer simply don’t have to travel far to eat. Deer hunters rely on deer movement for success whether bucks are chasing food or love. And if does aren’t moving far and wide seeking sustenance, a buck won’t be either.

It makes perfect sense. If fresh hot wings and Hooters Girls were dropped off at the Ol’ Bachelor Pad everyday, there’d be no reason to risk DUI’s and public embarrassment to run down to the local bar or club. Food and sex drive competition. In years with a normal acorn crop and a healthy deer – and hog – population, deer get on their hooves in a hurry to hit hammocks and other feeding stations.

Not so much when there’s a boom year. The pressure to compete for food and sex amongst deer directly leads to hunter success, whether it involves inspiring animals to travel further or leave their beds early during daylight hours. If an animal doesn’t have to move ten feet for a belly-full, hunters are in trouble.

The deer are somewhere, though. The quick answer is to hunt bedding areas. That’s going to be difficult in most parts of Florida and the South. The land – with its swamps and planted pines and cypress heads - is too thick to penetrate without making a holy racket getting in and out. Deer do it easily. It’s not impossible to kill a buck in these conditions, but not always the best strategy, either.

One thing I have started thinking about and focusing on is what kind of acorns deer prefer. This is a project in motion but worth merit to study, in my opinion. Florida is home to 19 species of oak tree, split into two main categories of red and white oaks. The water oaks I hunted are of the red variety. Red oak acorns are bitterer in taste than the whites, and I’ve long heard and read that deer prefer the whites when available. Advanced scouting and knowledge of different trees is really important. As the season progresses, different species of oaks will drop their seeds – it’s worth paying attention to what the game prefers. 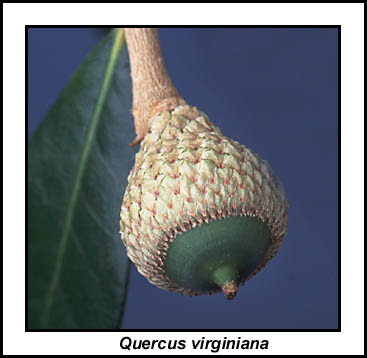 In 2010, with the plethora of acorns available, the deer reportedly hung around live oaks – those majestic, moss-draped trees of the white variety. The deer had such an overwhelming variety of food they literally ignored water oaks and went with the sweeter brand.

This is mostly anecdotal evidence talking, but a plausible hypothesis that probably explains some of the dead air where I was. Dad reported more deer than I at his stand of live oaks. He wasn’t exactly trampled by whitetail, either, because - as told above - a ton of acorns inhibits deer movement regardless how much they like one species over another. But, it made his set-up more attractive to action. It’s not a perfect solution but something to consider in years of a massive acorn bumper crop.

2009 was a different problem. No acorns were anywhere. White or red. In Georgia and other southern states where you can focus early in the season on persimmons, crab apples, and honey locusts for deer activity, South Florida is loaded with different food sources and browse and little of the aforementioned plants.

Food plots and feeders mitigate this problem on private properties but is not even a consideration on public lands. Finding game trails is about the best you can do without having one active source to clue in on. The inside edge of that swamp I spoke of earlier was the place to be with its cover, water, and supply of large, broad-leafed, tender green plants. (It’s worth noting the importance of this water source in what is largely sandy, scrub habitat.) They will also feed on younger blackberry bushes and muscadine vines.

None of these sources, though, concentrate deer numbers like acorns. You’d think that with a shortage of acorns, that competition and traveling I espoused as so important in the beginning would come into play, but, for some reason, without at least an average harvest, they don’t even seem to entertain the game.

Without a time machine, it is impossible to say whether I would have tagged out with these adjustments. And an arborist, I am not. But after these last two seasons with limited time to hunt and failure to do well in the time allotted, it’ll be worth ironing out some wrinkles in my knowledge and learn more about the importance of acorns – and other food sources - on deer habits.

At least then I can stop completely blaming acorns if things go awry.

Huh. That's really interesting. Have you gotten feedback from other hunters that supports your theories?

I bounced it off others who hunt public and private land. All agree it I'd tough hunting in these conditions. But as I said, it is not perfect, just an important piece of the puzzle

A Biologist buddy of mine who works the WMA's says the harvest has been down due to erratic acorn crops and strange weather. Coyotes probably play a part, but he was telling me their deer counts are still high. Just weird years. Thanks for reading!!!