ESPN’s Bill Simmons writes a fun bit in his columns where he attempts to decide who or what belongs on the Mt. Rushmore of varying topics. Basically, what four things should be chiseled in stone as the best in their category?

I thought about this the other day on the way home from work. What four big game animals would be the Mt. Rushmore of America’s Most Popular Big Game Animals? It was simple – whitetail, wild turkey, ummm...black bear...wild hog...

Then I thought, how about the most iconic North American Big Game animals. Whitetail, elk, moose, grizzly bear. Right? What about the bison? It’s not as hunted as the others, but who can argue its unique American heritage and place in history? And moose live in Scandinavia. Grizzly bear around the globe. Replace with the pronghorn or mulie? Where does the wild turkey belong? It’s big game in my book and surely steeped in Americana.

So then I thought about most challenging to hunt and that led me through whitetail to stone sheep and mountain goats. But again, to be etched in stone for eternity? The stone sheep a rare few of us will ever pursue?

Let’s not even get started talking about waterfowl and upland birds.

Well, OK, let’s dip our toe in the water with that, because if we did a Mt. Rushmore of game steeped in tradition, I’d have to say whitetail, mallard, probably bobwhite, then dove...eh...maybe grouse or woodcock? And that would look all weird to tourists visiting the park.

But I’ll go ahead and give it a crack and argue my choices.

First, let’s set criteria. One, let’s assume money is not an issue. Cost of tags, travel, guides, leases, whatever. We really want to focus on accessibility, and I realize cash limits accessibility for most folks. But if you wanted to spend your money to hunt once a year on a guided trip for a particular species or do it yourself over the span of days or weeks on public lands, the options will still be available. A bighorn would look great on the mantle of stone, but I forget they are even a huntable animal I hear so little of them. If you have to wait 16 years for a permit, it’s out. Sorry.

Next, the challenge aspect should be in play. Now, we aren’t seeking record book animals, just representatives of the species. Moose, pronghorn, mulies, and wild hogs are accessible given the above rule and symbolic of the States, but none really jump out as too strenuous, all things considered. Individual hunts are tough, for sure, but success rates are usually fairly reasonable.

Finally, you must consider the impact the animals have on the hunting industry. No one, to my knowledge, is making caribou calls. It’s the same story with mountain lions. There are plenty of them and the hunts are grueling, but if I think hard about it, I only know one person who has hunted them and only a few more who have considered it. It’s largely a one-and-done thing that doesn't strike up much passion amongst the general hunting public.

So, let’s get started. 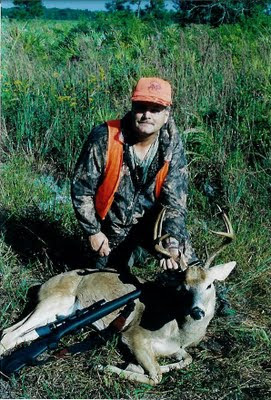 1. Whitetails. They are the George Washington of our game species, without question in my mind. They stretch almost from sea to shining sea, and a mature buck is the pre-eminent trophy in the dens of most hunters. The hunting industry, game departments, and science of big game hunting are driven by whitetails. I would venture to say that without the popularity of deer hunting, we would not have all the camouflage, advancement in weaponry, or technological innovations over the last 50 years. Big game hunting in general owes much of its existence to the popularity and availability of whitetails. They are the fuel that flames the passion for exploring and hunting other species. Clear cut choice, no and’s, if’s, or but’s.

2. Wild Turkey. A strutting tom may appear misplaced on the mountain, but there is little question of its worthiness in the ranks. The wild turkey is found in all 48, Canada, and Hawaii. From Thanksgiving to the debate whether is should be the national bird, a gobbler is as American as the flag itself. A strutting tom wherever he is found will ignite an obsession in those who witness it for the first or hundredth time. Expert turkey killers I hold in the highest esteem. Our armories now include specialized shotguns and rounds, our closets filled with vests and leafy suits and a mind-boggling array of calls. If you want to start filming hunts, turkey hunting is likely the venue to begin this pursuit. You may question whether it truly is “big game.” I don’t think you can question the impact it has had on the hunting lifestyle.

3. Elk. I killed a cow elk when I was 17 with a boy who took a satellite bull on a mountain hunt in Colorado. To this day, that was the most physically exhausting hunt I’ve ever been on. A week of traipsing the mountains, we finally cut fresh tracks and slipped up on the herd. We shot at 8 am. We packed out the two elk and arrived back to the car at 2 pm. This was on public land. As long as the wolves don’t eat them all, elk remain stable. Each October, folks head West to elk camps. The .338’s basically owe their existence to the wapiti. It’s a symbol of the frontier, and while I’ve never heard one bugle, I have to believe it to be one of the most exciting experiences in hunting. Those who dream of hunting out West most likely dream of elk.

4. Black Bear. It’s no coincidence that Teddy’s bear is number four because, much like Roosevelt, the bear’s membership in this club is the most debatable. While populations are stable and rising in certain areas across the nation, this species is the most likely to draw red flags and howls of derision from hunters and non-hunters alike. The black bear is the least understood amongst general hunters – some don’t appreciate the thought of running them with dogs or whopping one over bait, whether or not they’ve given it a try. Those who do hunt in these manners are amongst the most ardent sportsmen I’ve run across. The few black bears I’ve seen led to the hairs standing on the back of my neck. But the opportunities are plentiful across the nation with spring and fall seasons, the game animal is a worthy quarry – their sense of smell is unmatched – and no one can argue its American citizenship. 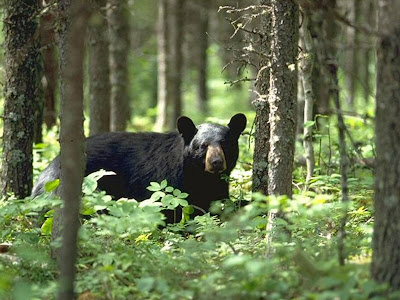 So there we go. It’s not a perfect list, for sure, and if you’d like to posit your own monument, I encourage you to leave a few ideas. Or congratulate me on my list.

Above all, though, God Bless America for the opportunity to even have this debate. When you start pondering all the possibilities, there’s little question how well sportsmen have it in the USA.
Posted by Ian Nance at 5/10/2011 11:41:00 AM

That may be my next project....in fact, it will be.

Ian, I agree with your list but for me I would have to leave out the bear. For some reason I have no desire to kill a bear. My mountain would have a group of upland birds as the fourth carving. Great post!

Oh Ye of little respect! Porcine predjudice abound! What's more American than a Hispanic immigrant that has expanded its territory from Florida all the way to Maine and Washington, and everything else in between assimilating all to its way!

Yup, I would slap that rascal right up there..

Oh and by the way Ian, I just posted a great interview with a new and upcoming bowyer Michael Lee of Stickbow Archery, maker of custom handmade traditional bows.
I can’t wait to do a review of his takedown survival bow!

I gave the wild hog a lot of consideration...but it's just not a majestic or iconic image of American hunting. Worthy game animal, sure, but seriously lacks the Q-Rating.

I read the interview - it is very good though, for me, learning about longbows and such is about like trying to learn Farsi.

While all great choices you do seem to have missed out 'the cheerleader' I've always wanted to add one to my score sheet ;-)