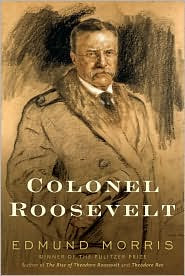 “You never said a truer thing that he has no spilt milk in his life. He was just as much interested in the next thing as if the last one had never existed.” – William Bigelow to Henry Cabot Lodge referring to Theodore Roosevelt.

Just finished reading Colonel Roosevelt, the final installment of a Theodore Roosevelt trilogy penned by Edmund Morris. It was a Christmas present. So, I finished it in record time.

Excellent script - I had read the other two books in the saga and expected as much. The first novel charts his rise to power. The second covers his presidency. This one covers the good stuff – the African safari and his Amazonian adventure that left him infirm.

Of course, Teddy Roosevelt is a hero to the hunting clan. He is responsible for the Boone & Crockett club and worked with other like-minded individuals to set legal and ethical guidelines and principles for the management of natural resources and wild game. He was a skilled naturalist and writer composing volumes of literature on North American, South American, and African game animals and other species. His contributions cannot be overstated, and I am not going to try here.

As a book, Colonel Roosevelt is a fantastic narrative. Believe it or not, I’ve read a long list of biographies. Too many try to reconstruct history to please the academic posturing of the author. This is not the case here. The narrative is just that - a story and timeline of Roosevelt’s final years, good, bad, or ugly. And that’s fine with me. I’m not seeking any advanced sense of truth or someone’s depiction of it.

The tome starts in Africa on his safari. Roosevelt spent a year collecting trophies and chronicling his experiences at the height of his fame before a European trip where he was regaled, dined, and courted as the most famous American of the time.

He returned home, disillusioned by the machinations of current politics and the weaknesses of his protégé and successor, William Taft. Roosevelt, riding the wave of support from followers, became the presidential candidate for the progressive Bull Moose Party. After an assassination attempt – one that was truly remarkable he survived - Teddy easily defeated the incumbent Republican Taft, but lost to the Democrat Wilson. The Colonel battled with Wilson on his soft stance on the First World War and his desire to form a battle regiment for deployment overseas.

The story ends, as these things tend to, with his eventual physical collapse, worn down by his South American journey, the bullet lodged in his chest, the grief over his son killed in battle, and his realization that politics had largely moved on without him, even as he planned for another run at the White House. Roosevelt is a much-debated president, but there’s no denying his force of personality throughout his life.

Of course, I’d preferred more detail on his African safari – I suppose I’ll have to peruse African Game Trails for that. And after reading about his South American excursion it’s impossible to conceive any former president since him undertaking such a death-defying journey.

My harshest criticism of the book comes on page 440. The photo caption reads, "A flight of pelicans winging their way homeward." The picture was taken during the Colonel's trip to Breton Island, LA. The problem? The birds in the picture are sea skimmers. So, I'm being pretty ticky-tacky.

There are far more competent literary critics than I, and these are just the crib notes. I do strongly suggest checking out Colonel Roosevelt to learn more about the man whose legacy to conservation means so much to hunters and outdoorsmen today. 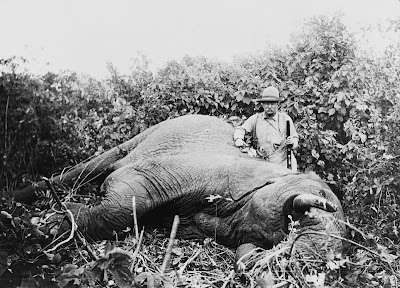