I haven’t slept well lately. This is a rare phenomenon for me. You have to be far more responsible than I to be molested by the evil nights of fretful sleep, yet here they are. There have been nights in my youth when sleep was of little consequence. Like during a big night out or before a small hunt anywhere. These are natural when you’re in your twenties.

And that’s just the problem, I think. I’m staring down the barrel of thirty. August 11th is the big day. I’ve heard some say this age is no big deal. I’m not sure if these people are liars or just very strong, but I am neither at this juncture. Introspection is an activity that terrifies the peace out of me. 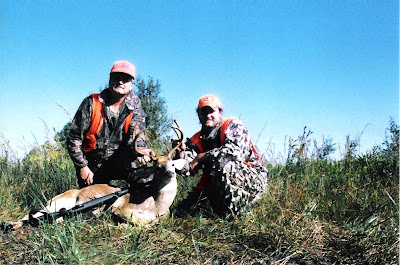 Given my schooling and talent, I should be more provident than I am now. There are many days when I regret my diplomas, wishing instead I’d taken off to the mountains to be an elk guide or to fish the boats off Hatteras. Many tell me this is a foolish reflection, and there’s more than a puncher’s chance they are correct. I am employed and have never truly been starving, elements that should annoy many out there with this fitful braying.

When I finished my formal education, though, the economy went south, but I refuse to blame that for tossing and turning. Indeed, my attitude towards circumstance has long been, “forget it; let’s go hunting,” and I cobbled what money and resources I could and shot off to accumulate the Good Times, driving many miles when I should have just gone the extra mile as an investment towards the future.

Living a life of leisure at this age is a fortune few are endowed with, for better or worse. I remember a quote by Hemingway - in a biography I can’t place my fingers on at the moment - that his aim in life was to fish and hunt as often as he could, share in the company of a few close friends, and have just enough to drink in the evenings to get a night’s rest. This I’ve accomplished, but as he ultimately proves, one must have a better plan or wind up miserable.

Carolyn says I shouldn’t think as much. Despite her agreeing to marry me, she is a smart woman. We both want children, and against the whirling ceiling fan, I count on my fingers the funds it will take to provide happiness for a family, a daunting skill considering I’ve only had to account for myself. Carolyn and a family I want most out of life; I find it bizarre to enter it with any anxiety.

What fills me with plain dread, and I am far too intelligent to let this happen, is when I cease to be an accountant and become an actuary, counting years of family and friends. These thoughts dwell in places no one should seek out, but you tend to wander towards in the gloom of night. There exists no truer fact than your daylight realities will never be solved while under the sheets.

So what to do? I’m a big believer in getting your rest to be prepared for the next day. Exhaustion is a crippling menace. Well, I think back on those times I’ve had. Remembering is always more comforting than wanting or worrying. Other people’s memories may be dull enough to put a reader to sleep but are a tonic from the first person perspective. I typically turn to thoughts of hunting.

I remember young Stephen and me nearly ten years ago. The rut was in full swing, and I grunted in a small six point I had let walk the morning before. Stephen, having never taken a deer, had the shot. He fought back the nerves and grounded the buck. Upon inspection, I saw he’d hit it in the neck, killing it instantly. He told me he tried to head-shoot it. Knowing best - as of course, I knew best - I told him next time to be deliberate with your shots and shot placement, and aim behind the shoulder. Ten minutes later, I tried to slap a .300 Win. Mag. round through a Popsicle-stickhouse of pine saplings at a trotting 8pt. Ha! Twenty-year olds are curious, hybrid beasts of maturity and abject stupidity. 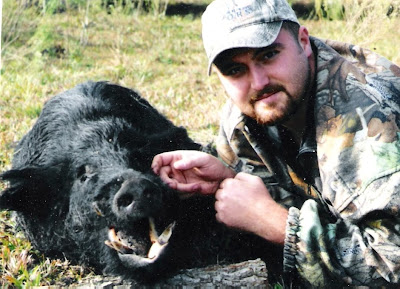 A few years later, I recall sitting in the rain of a December cold front and guarding a feeder. A herd of hogs noisily beat through the palmettos and hovered near my stand. From behind the sows, a large, stud boar sniffed the derrieres of his harem. The wind shifted, they got spooky, and I pegged the boar in the side. At the shot, he swapped ends and ran towards cover as I stood and touched off another round, anchoring the boar. Later, cold and wet by the fire, I was triumphant with one of my best boars. The crew sharing that fire were among the best friends I've ever known. Bringing back a trophy was a large matter.

Not all my thoughts are of harvested game. Ironically, I think about some other sleepless nights. Trying to get comfortable in the cab of my old white Dodge after being chased out of the camphouse by a spider the size of a catcher’s mitt, I gazed out the window across a moonlit pasture and watched a single-file line of swine silently move towards a feeder. In that same truck a couple years earlier, I witnessed the space shuttle lifting up through the early morning darkness. Though I was nearly across the width of the state, when my eyes are shut I can still see that brilliant orange streak off into the heavens.

The worry is abating now. When I was 24 or 25, I sat in a North Carolina deer stand staring up at the brightness of the night trying to decide how past civilizations could possibly name a constellation that wasn’t dubbed the Big Dipper. I focused on a few of the brighter stars and hoped one day I could share this experience with a son or daughter. That was a telling train of thought looking back now.

I could go on and on, but as I said earlier, I don’t want to bore anyone with anything more than this last story. One evening I walked out of an oak hammock as a January full moon began to break the eastern horizon. It was a fiery red supernova against the fading blue sky. I dropped to my knees, placed my rifle down, and thanked God for the opportunity to hunt that land and for seeing such sights.

Maybe that’s the trick – being thankful for what you’ve had and showing faith in what could be. Turns out, even in my neurotic mind, thirty is eminently workable. I may not have the most sound perspective on everything, but I think I'll be just fine with these guidelines.

At the very least, I may actually get some sleep. 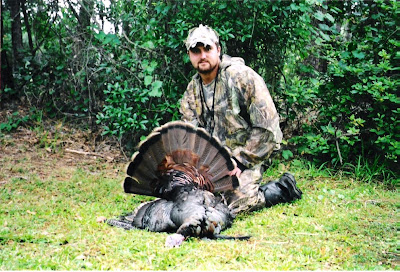