I loathe wearing ties. You know that scene in Casino Royale when the villain straps a naked James Bond to a seat-less chair and proceeds to whack him in the undercarriage with a rope that would normally be used to secure an ocean liner to a dock?

I’d endure a session of that a year if it meant I didn’t have to Windsor another knot around my neck.

I only bring this up because Father’s Day is a few days away, and ties have become the unofficial mascot of this holiday. For some reason, well-intending wives and offspring continue to think it would be a grand gesture to gift Good Ol’ Dad another reminder that he has a spiffy Power Point presentation on the effects of halogen lighting on employee productivity on Monday.

It’s a noose that isn’t fit for me. Before marriage I had two ties. Only one of them was a clip-on. Since then I’ve accumulated quite the collection - two more and I’ll have enough rayon and polyester strips to lash together to fashion a tether to haul my bow up and down from the treestand.

In the world of hunting, there are too many cool gadgets out there to be trifled with bogus gifts like neckwear. For the purpose of this post, I’ve created a list of awesome gear that will thoroughly excite the modern hunting dad. Men, print it out and post it on your fridge. 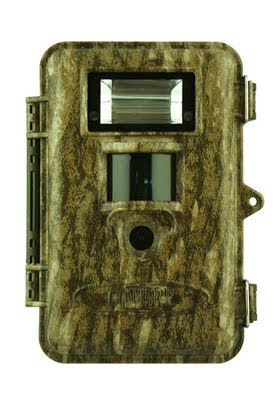 Covert Scouting Camera – I have used the DLC Covert Cam since last September and been very, very pleased. The kit is lightweight and compact. Unlike your standard issue trail camera, the unit saves space by housing all it’s adjustments in a remote control. So instead of dials and buttons to adjust the settings, you plug the control into the camera, make your selections and let it ride.

The battery life is outstanding, especially when using the infrared feature for night-time pictures. My first set of batteries lasted three months – it would have lasted longer had I realized that the camera ceased snapping pictures after 15 shots because of a bad digital card and not spent juice. So I can’t say how much longer they’d lasted, though the second set is rolling strong.

I don’t care for the flimsy plastic lid over the battery case - broke that in a hurry. Also, the digital card ejector was ruined pretty easily. Have to take the needlenose with me to extract it – but you can plug a USB cable into the camera and into any number of picture viewers. (There are newer models that have a viewer built-in.)

Therma-Cell – Kids, if your dad doesn’t own a Therma-Cell yet, I’d go ahead and purchase a couple sessions with a shrink just to examine his faculties.

Therma-Cell changed my hunting life, and I assume it has done the same for countless other hunters. One, it is invaluable turkey hunting. Two, it has its place in the early season teal and wood duck phases when awaiting shooting light in those nasty marshes these birds typically inhabit. Three, I love it bowhunting for deer in September and October. Yes, it releases scent but not nearly as much as OFF! or other such DEET-based products. And while bug suits will keep the skeeters from getting breakfast, the swatting of swarms away from your ear and out from under a facemask does nothing to attract deer.

There are mornings I’d rather not hunt than enter the woods without my Therma-Cell.

Under Armour – Whatever the purpose, Under Armour gear works. Their warm-weather shirts and pants wick sweat away effectively. When a breeze blows, it feels like a cool compress is placed on your chest. Likewise, their cold weather gear is far less cumbersome than most thermal gear and will keep you toasty in waders or in the stand.

Sure, Pops may not be in the shape he once was and Mom may chuckle seeing him in it, but Under Armour gear will prove its worth in the woods when fewer people are around to mock him. 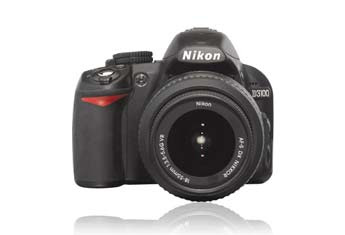 NIKON D3100 – For my 30th birthday, my mother bought me one of the beefier models of the Nikon Coolpix line. It was portable and had all kinds of neat settings. Just one problem – it took horrible, horrible pictures. I wanted to smash it after my trip to Montana where a decent camera is required. Actually, the thought of smashing it still warms my heart.

Well, Mamma tried. To their credit, Nikon was excellent about refunding the money. And I’ve long been a fan of Nikon products. So I put the cash into a D3100. And for my photojournalistic needs it has paid dividends.

It’s a little bulkier than I’d prefer for a daypack, but the picture quality is admirable. I like the 18mm objective lens for taking wide-angle, close-up shots that captures the details of harvested game and grip-and-grin hero photos. The 55mm end of the spectrum is a little lame for far-off shots; however, I take far more close-ups than anything. It’s your preference, and Nikon has a selection of other lenses. The price is a tad prohibitive – especially if you’re raiding a piggy bank – but it’s worth it for that buck-of-a-lifetime.

165 Quart Maxcold Igloo Cooler – I’ve long been a fan of so-called coffin coolers for hunting. One, it can carry to camp all your food and perishables and items that won’t be making the return trip. On the way back, it can carry up to 3 whole, dressed deer.

This cooler is the cat’s meow. I dropped two dressed hogs into it last March, and hauled them both whole to the processor, wasting no meat. The hinges are reinforced. And the top arches if you need that extra room for antlers and caped game.

In all fairness, I’ve not yet loaded mine down with drinks and ice to see how long it will keep. And like most coolers I’ve run across that have hatches in the lid, it leaks rain, but it is versatile and I'm rather pleased.

Coolers may not be that exciting to the kids, but they are of great value when you find a durable one.

This is but a rudimentary list of items that I’ve tried and would recommend. We could add many more, but let’s face it – it’s Father’s Day, not Christmas.

As a father-to-be of twins this fall, I’m naturally scared of the future – of my children following in their mother’s formal, socially-responsible sensibilities and the forth-coming collections of ties and homemade crafts.

It may be too late for me. Hopefully, though, this list may inspire the loved ones in your life think a little harder and reach a little deeper in their wallets and piggy banks to show you they like you.

I have passed this list on to the kids!!

I'm glad I took your suggetion to try the Covert camera...it's GREAT.

Great list.. I actually own half of that list already and I'm not even a father.. Haha..

My covert was just re-deployed and I can't wait to see the pics. Trail cameras are so much fun, as your website proves, Joe.

Trey, I'll keep my fingers crossed for you.

Something that I got my dad for Father's Day is a brand new gun safe! I bought him an INPRINT biometric safe and I think he is going to love it. To all those kids out their and adults looking for a great gift idea I really do suggest checking out the INPRINT made by 9g Products Inc. They even have a Free Freight Special if you call your order in. Happy Father's Day to all out there

Great list! The cooler is a must for me. Just have to get one to fit inside the car. Sounds like you utilize yours well!

I do have to make a point because the camera thing cracks me up. 'Just one problem – it took horrible, horrible pictures.' Ian, a camera is a tool, just like a bow is. The bow doesn't shoot the animal, YOU shoot the animal while using the bow. :) The camera doesn't take the photo, you do. I know what you are getting at, but as a photographer this makes me crazy when people say that. I make it a point to tell people that I can use a point and shoot, give another person a D3100 and I can still take great photos. Now, if you are talking high quality edit ability and such, well, then shooting a higher end camera is great. I still pack my Nikon Coolpix L20 in my pack for hunts. It's small enough, has a 10mp range and the photos that come out of it are pretty good for what I need. Even good enough for magazines, should the need arise.

Wow, twins, that is awesome! I wish you and the wife the best. Next year will be a great Father's Day for you!

Albert...eh, not quite. I probably should have explained the horrible, horrible photos point. The margins of most pics were blurry to the point it interfered with the quality of the photo as a whole. Terrible color contrast. Low light - might as well not take a picture. And the adjustments were crude so I couldn't adjust it. It had a lot of bells & whistles - including a feature for taking pictures of food - and not much else. It sounded like a Transformer transforming for even easy daylight shots. It had awful reviews on numerous websites and reports. Just not what I needed or wanted. Tools can be bad sometimes, too. I CAN shoot a deer with a field point, but it's BETTER if I shoot it with a Rage.

Thanks for the tip, Ethan

Albert, just re-read your post...you are making a semantics point. And I got what you're saying. The photo quality is poor with that camera - it still gets me in a ruffle and I missed your argument. I, of course, shoot awesome pics.

And thanks for the wishes!! Looking forward to their arrival.