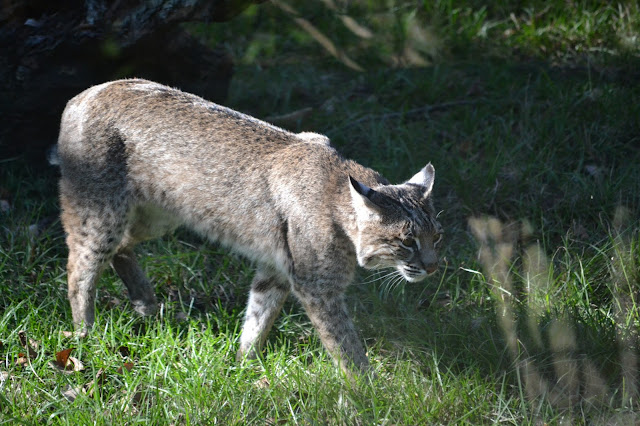 Over the last two months I have been murdered by reader e-mails and comments over a post I released two years ago about bobcat hunting. In five years of publishing content online through various forums and websites, I've covered at least a little bit of just about every kind of hunting in this country and others, whether it was based on personal experience or commentary on an issue. Combined, the topics of these posts haven't attracted this level of vitriol. Why after two years has one little article attracted this much attention? Is it because of my ascending stardom among the Outdoor Community?

Yes, probably. This post has hundreds of hits a day now, which is great because it generates traffic, but judging by these sentiments, not all that sure I'm hitting my demographic.

Anyway, I published a couple of the comments; deleted those that crudely diminished my manhood - in both an ethical and anatomical sense - and those so poorly written they made me weep for our education system. All of them signed, "Anonymous."

Look, it's quite clear few of these people actually read the post. In it, I argued that while bobcat hunting is fine sport, and they require management on certain lands, it's not like I'm out to butcher every one I run across - the reasons for hunting them are separate and apart.

But there is really no value in rationalizing with these folks.

Let's go ahead, though, and run through some of the major points surrounding bobcat hunting.

1. It's legal, at least in Florida and most of the Southern states. They are not endangered or considered threatened in any way.

2. Calling in a bobcat is the outdoor equivalent of a scary movie. You know that scene in those horrible flicks when a character is washing his face in the bathroom sink and looks up into the vanity to towel off and startlingly sees the image of a child with cold, frightening eyes standing behind him in the reflection? That's about what it's like to be in the middle of a calling session and realizing the cat is right there, and you're not sure how that came to be true so suddenly and quietly.

3. Bobcat management is a somewhat debatable practice, but most folks believe that the removal of a few a year will help turkey, small game and songbird populations - when combined with other land management tools. I've seen them on properties follow flocks of turkey like blacktips shadow schools of mullet along the East Coast beaches each summer. It's not healthy to wipe them all out - and you never could, anyhow - but taking a limited number each year is wise.

4. Nobody really eats bobcat. Now, I say nobody with the full intention of realizing someone out there probably does, but it's not common practice which turns off plenty of hunters and non-hunters. I feel no need to justify my actions today; I shot a lot more when I was younger and more blood-thirsty. I have a mount I'm very proud of. I've let several walk since my last post about the matter, but I'm going predator hunting this weekend and may very well be holding up another one by Sunday evening because of the three other reasons described above.

So there it is. I realize that bobcat hunting doesn't sit well with a lot of people - especially in a world where some members of our citizenry place felines on a pedestal, though domestic and feral cats are among the gravest pestilences that have ever struck our native ecosystems.

There's some temptation to argue back with the knobs who leave these comments, but most would be over-matched and the balance wouldn't care. I'm OK if you disagree with me. Promise.

Just don't expect me to be insulted over it.

"You're the worst kind of human being. You surely will be shot and skinned in your next life. ENJOY!!! " -  Anonymous

I learned long ago that the most ignorant people are usually the most easily offended. If you wish to get rid of such riff-raff, all you usually have to do is disable the anonymous option. Few have the courage to use their own name or the brains to make one up.

Incidentally, I can see that your word verification will take more than one try for me to read and respond.

Hey Ian,
I believe there's a line between having sympathy for the plight of animals and having blatant ignorance of how a population explosion can adversely effect an entire ecosystem. Ignorant people, such as those that bashed your bobcat article, will have no point of reference with which to appreciate hunters until they're attacked in their driveway by roaming hoards of wild bobcats. In the meantime just press on knowing that controversy brings exposure to your blog.

Thanks for writing informative info on hogs, I can't wait to bag one in my local WMA.

Thank you. And best of luck. What WMA are you hunting?